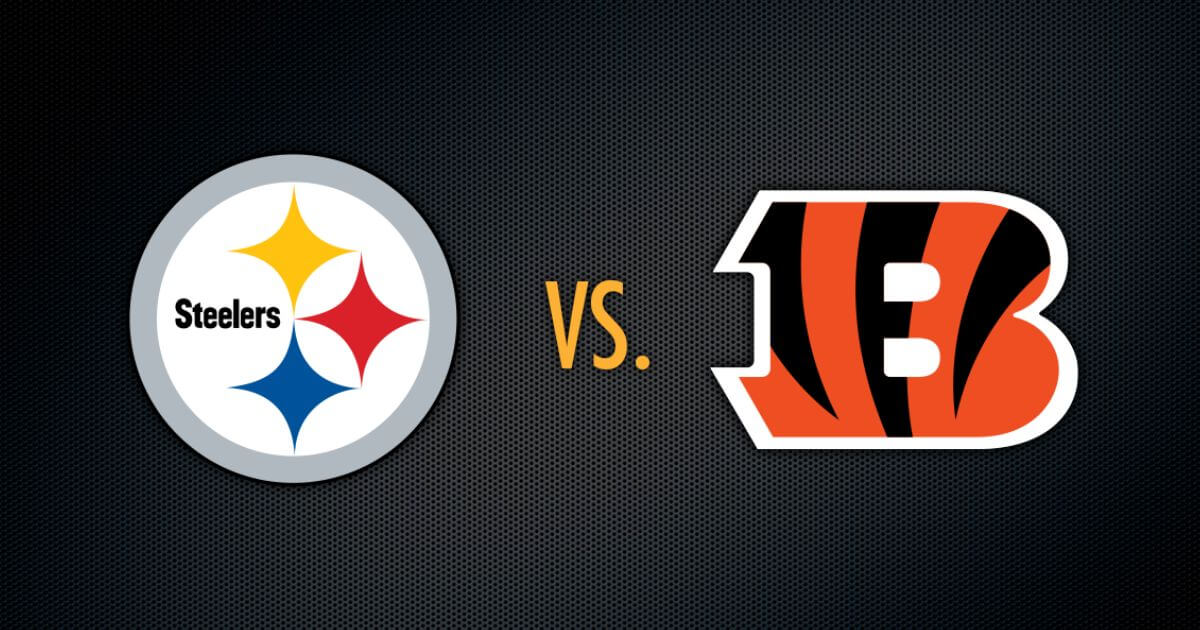 Here is our Steelers at Bengals Betting preview, including wagering odds for this NFL AFC North Week 1 clash.

The Steelers will be making the trip to Paul Brown Stadium to play the Bengals on September 11 on what is going to be the opening game of both team’s schedules for the upcoming NFL regular season.

Needless to say, the roles have been switched between these two rival teams.

The Bengals are playing their best football since the 1988 season, the last time they made it to the Super Bowl.

And the Steelers are just not the powerhouse they’ve been for a long time.

In fact, they are in a rebuilding process for the first time in twenty years.

Here are the Steelers at Bengals Betting odds, brought to you by YouWager.lv:

It’s no surprise at all to see Cincinnati as the big favorite here.

And, as you can see, the Bengals are -6.5 favorites to get the victory at home. This means that for you to win a spread bet on Cincy, the Bengals must win by 7 points or more.

On the other hand, the Steelers are +6.5 underdogs, and that means that Pittsburgh can even lose the game, but for no more than 7 points, and you can still cash in on a spread bet on the Steelers.

The total for this game has been set at 44.5. So, you can bet on the combined score for both teams at the end of the game to go over or under 44.5 total points.

Read our Week 1 preview for Bills at Rams.

Now it’s time for our Steelers at Bengals Betting preview.

After losing eleven straight games to the Steelers, the tables have turned for the Bengals as they have won 3 straight to Pittsburgh.

This includes a smashing 41-10 win from last season.

Cincinnati football fans are having the time of their lives now that they have a great franchise quarterback in Joe Burrow.

And that means that when it comes to leading QB1s, The Bengals definitely have the edge this time as right now it’s not even clear who is going to be the starter for the Steelers.

Cincy is a huge favorite this time vs the Steelers. Not only because they have won their latest meetings; but also because they are the more talented squad.

Now, it’s important to recall that Burrow underwent an appendectomy back in July. And the team is hoping that by giving him the full preseason off, he will be fully recovered by the time Week 1 arrives.

Rear our Week 1 preview for Patriots at Dolphins.

Despite having a number of deficiencies, the Steelers managed to make it to the postseason with a 9-7-1 record.

And Pittsburgh was able to do this with Big Roethlisberger really playing like a vet who is about to retire.

Now that Big Ben is officially gone, it’s time for a new QB1 to take charge in Pittsburgh.

And that is going to be a clear battle between rookie Kenny Pickett and Mitch Trubisky, who was brought precisely because of Big Ben’s retirement.

And, even though none of these two quarterbacks is a top candidate for QB1 of the year, the reality is that either is a slight upgrade from Big Ben’s football from last season.

Let’s also not forget about RB Najee Harris, who had a more than a promising rookie season, and this can clearly be his breakout year.

With names such as Mikah Fitzpatrick, TJ Watt, and Cam Heyward, the area where Pittsburgh seems to be stronger is defense.

In fact, if everybody is able to remain healthy during the regular season, the Steelers’ defense will definitely end up ranking in the league’s top 10.

Check out our preview for the Week 1 game between Eagles and Lions.

Here are some Steelers at Bengals Betting tips to help you make the best decisions when getting action on this particular Week 1 game:

Thank you for reading our Steelers at Bengals Betting preview, best of luck with your action on this one!