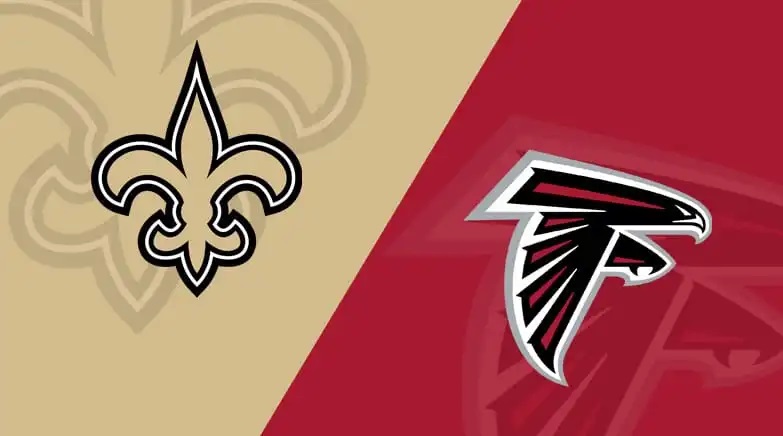 Here is our Saints at Falcons Betting preview and odds for this Week 1 clash between NFC South rivals.

The Falcons will be playing home when they host the Saints at Mercedes-Benz Stadium on September 11, 2022.

These two squads actually fell short of the postseason last year and both will be trying to change those outcomes for the better this time around.

The Saints finished last year with 5 victories out of their final 6 games. But a 9-8 record was just not enough to reach the playoffs.

One of the main reasons why NOLA failed to achieve their postseason goals last year was injuries.

And those injuries included key names in their offensive lineup, such as Alvin Kamara, Jameis Winston, and Michael Thomas.

The Falcons chose to go into full rebuilding mode during the offseason, and they even traded long-time starting quarterback Matt Ryan to Indianapolis.

Atlanta played some good football last season, but they were not able to win games versus playoff-caliber squads.

Here are the Saints at Falcons Betting Odds for this game, brought to you by YouWager.lv:

As you can see, the Saints are a -5.5 favorite on the road, while the Falcons are +5.5 home underdogs for the game.

If you wish to bet on New Orleans, then the team must win by 6 points or more for you to win the wager.

On the other hand, Atlanta can lose but for no more than 5.5 points and you can still win your bet.

The Falcons are +185 underdogs, and that means that you can risk less and win more. In this particular case, you need to risk $100 for each $185 you want to win.

The total for this game has been set at 41. This means that you can bet on both teams scoring 41 combined points at the end of the game, over that number, or under that number.

Check out our game preview for Bills at Rams Week 1.

Now in our Saints at Falcons Betting article, the game preview.

It is really not a surprise that the Falcons are road favorites for this one as they are definitely the team with the most experience and talent.

And NOLA has a lot of reasons to be optimistic, especially because key players are returning to the active roster.

When it comes to the Falcons, they are featuring a new-look offensive lineup, and right now there are more questions than answers about their overall status on both sides of the ball.

With the post-Ryan era just beginning, oddsmakers are really not giving Atlanta much respect, particularly because the Falcons are opening their regular season as home underdogs.

Marcus Mariota is expected to be QB1 for Atlanta. That is unless rookie Desmond Ridder is able to fight for the position.

A low for this team will definitely be the absence of Calvin Ridley, who received a year-long suspension due to gambling. Needless to say, not counting with Ridley can seriously hurt this offense.

That being said, one of the top spots for the Falcons will be Kyle Pitts, who performed spectacularly well last season.

Pitts is definitely the image of the Falcons right now, but the truth is that he can’t take on the offensive load all by himself.

And that is particularly true that he will be getting an increased focus from defensive lineups.

Read our preview for Patriots at Dolphins Week 1.

Here are Saints at Falcons Betting tips to help you get the best out of your wagering action for this game:

Thank you for checking out our Saints at Falcons Betting preview, best of luck with your wagering action!