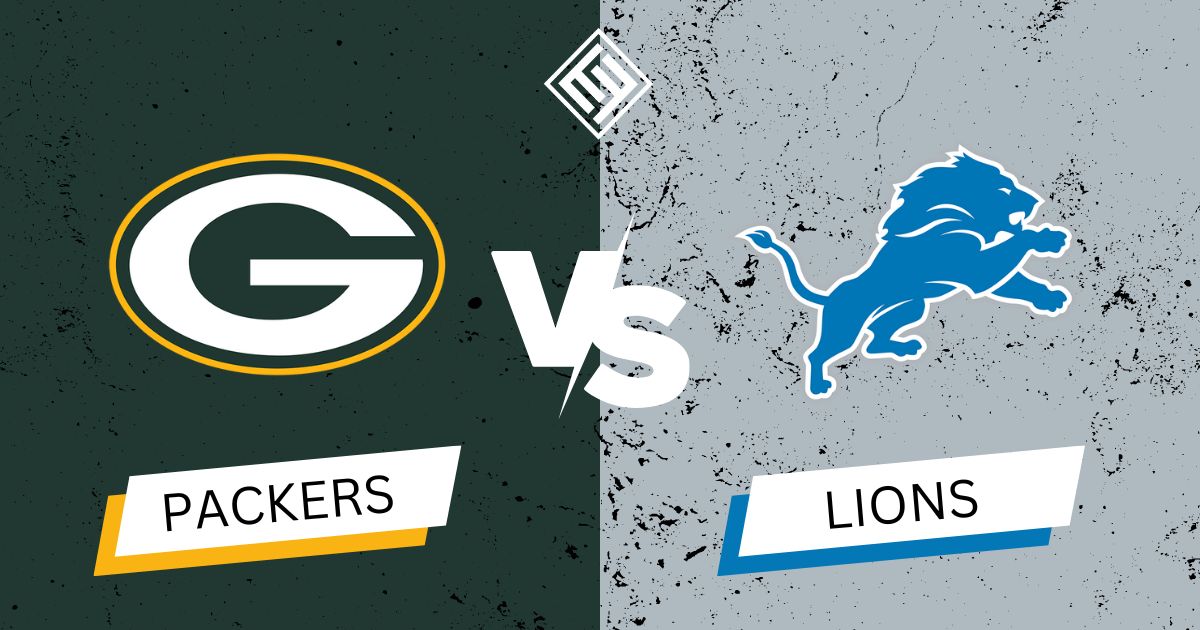 Here is our Packers at Lions Betting prediction and pick for this NFL Week 9 matchup.

These 2 franchises met for the last time back on January 9, and the Lions got the victory back then by 37-30.

These are the Packers at Lions Betting odds, brought to you by YouWager.lv:

The Packers are 3.5-point spread favorites to get the victory on the road when they visit Detroit.

This means that Green Bay must win the game by more than 4 points for you to collect your profits.

If the team wins but by less than 4 points, you lose your bet.

When it comes to the Lions, the team can even lose the game by less than four points and you can still collect your profits as they are the underdogs.

If the team loses for more than 4 points, you lose your bet.

This is our Packers at Lions Betting preview for both teams.

Now in this Packers at Lions Betting preview, let’s talk about the Packers.

Green Bay has not been doing pretty well lately as they have lost four games in a row and have now dropped to 3-5 on the year.

As was expected after losing three games in a row before their meeting with the Bills, the Packers were simply no match for a team that is expected to be present in the next Super Bowl.

The offensive line by the Packers truly lacks the explosiveness of previous seasons, and this has led to Rodgers being ranked 26 in the league in QBR, which is the lowest of his successful career.

The defense for this team wasn’t bad versus Buffalo as they managed to hold Josh Allen to his most modest numbers of the season.

But a good defense is nothing if the offense is not producing, and this is exactly what is happening here as the offense for this team is totally lacking any kind of good production.

If the Packers continue to lose under Rodgers, it might be just time for Jordan Love to assume the QB1 role.

Overall, this game versus the low-performing Lions is a game the Packers must win if they want to save their season from total collapse.

Detroit Looking Ahead to Next Year

Next in this Packers at Lions Betting preview, let’s talk about Detroit.

The 31-27 loss to Miami added an extra loss to an already bad record to make it 1-6 for the Lions this current season.

The Lions are once again the favorites to get the number one pick in the upcoming 2022-23 NFL Draft.

This will be the third time in the previous four NFL Drafts that Detroit will be picking one of the top 3 positions.

The team added wide receivers Jameson Williams and Amon-Ra St. Brown in the previous NFL drafts, and they are likely to use that top draft pick to acquire their franchise quarterback.

The Lions will also be lacking the help of tight end TJ Hockenson, who got traded to Minnesota back on Tuesday.

Detroit’s offensive line is operating well, with those young WRs plus running back DeAndre Swift, but these positive offensive factors won’t win this team any games if Detroit doesn’t fix their biggest problem: their defense.

Indeed, it seems like every year the Lions come up with an even worse defensive line than the previous year, including this one, as the numbers are very telling:

Through 7 games so far for the Lions, they have allowed a total of 225 points, which equals 32 points per game.

The Lions definitely have one of the worst defensive lines in the NFL, and this is despite spending a lot of draft capital to turn things around.

DL Aiden Hutchinson and Cornerback Jeff Okudah were top draft picks for Detroit, but the team still needs to work on other issues that remain troublesome.

It’s difficult to choose the Lions over the Packers, but when we check the history between these two, it was actually Detroit that managed to defeat Green Bay.

Now the Lions have the chance to defeat the Packers again, particularly considering how deficient the Packers’ offense is right now.

The Lions’ offense vs the Dolphins looks good, and chances are that Detroit will try to build on that momentum.