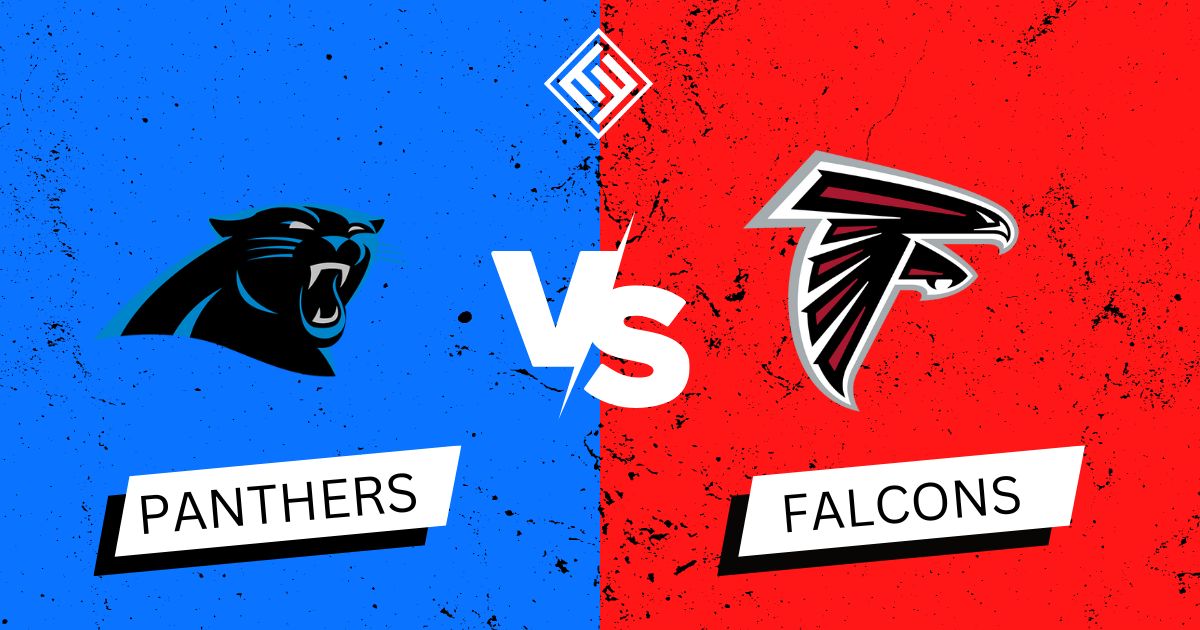 Here is our Panthers at Falcons Betting prediction and pick for this NFL Week 8 clash.

Carolina was dominant vs the Bucs in their 21-3 victory on Sunday.

The Falcons were destroyed by the Bengals 35-17 in week 7.

The last time these two franchises met was back on December 12-2021, it was Atlanta that took the 29-21 victory.

These are the Panthers at Falcons Betting odds:

As you can see, the 3-4 Falcons are 4-point spread favorites to get the victory over the 2-5 Panthers.

This means that Atlanta needs to win the game by more than four points for you to collect your profits for a wager on this particular line.

On the contrary, if they win the game but by less than four points you lose the bet.

When it comes to the Panthers, they are the underdogs for this game at +4.

This means that can even lose the game by less than 4 points and you can still collect your earnings.

If the Panthers lose the game for more than four points, you lose the bet.

When it comes to the total, you can place a bet on the combined score of both of these teams at the end of the game to be higher or lower than 41.

This is the Panthers at Falcons Betting preview.

Panthers at Falcons Betting: Carolina Not Done Yet

Now in our Panthers at Falcons Betting preview, let’s talk about the Panthers.

Carolina has placed Baker Mayfield, their starter on IR just before this week’s matchup.

Baker has been posting the worst numbers for a quarterback in the league, and one of the reasons that he was possibly playing through an undisclosed injury.

Their backup Sam Darnold was already injured, which is now clearing the way for PJ Walker, an XFL legend that proved himself worthy of the opportunity.

Walker finished the game against the Bucs 16 for 22 for 177 yards, two touchdowns, and a positive 126.5 passer rating.

This was probably one of the best games for Walker as he went from third string to starter to basically defeat Tom Brady at every level, allowing his team to acquire the upset victory.

This win is now even more impressive by the fact that the Panthers had traded Christian McCaffrey, their star running back, and wide receiver Robbie Anderson, just before this game.

And what is the most impressive thing of them all is that this is a game where the Panthers were expected to be completely blown out, and they did exactly the opposite.

With McCaffrey out, running backs Chuba Hubbard and D’Onta Foreman got the chance to prove themselves.

They rushed a total of 24 times for 181 yards and a single touchdown versus a constricted defense against the run.

Wide receiver DJ Moore was also quite proficient during the victory as he finished with seven total catches for 69 yards and a single touchdown.

Now in our Panthers at Falcons Betting preview, let’s talk about Carolina.

The Falcons suffered a 35-17 loss to Cincinnati in week 7, and this defeat dropped their record to 3-4 so far in the season.

Now, despite having a current record that is below .500, Atlanta is still holding a tie for first place in what is now a very weak NFC South division.

The Falcons were playing a lot better before they suffered this defeat.

Starter Marcus Mariota performed well once again as he finished with eight for thirteen for 124 yards and a single touchdown.

Rookie running back Tyler Allgeier was able to lead the rushing game by picking up fifty yards and a single touchdown on sixteen carries.

The real key factor here for Atlanta in this defeat was their D-line.

The team showed a lot of problems when it comes to getting off the field, and that resulted in Cincinnati being quite dominating the possession time.

They weren’t able to stop the Bengals’ offensive line as they were allowed to convert seven of eleven third-down attempts leading to 29 total 1st downs and an incredible 537 yards.

The Falcons’ D-line was quite proficient before suffering that loss in week 7.

They only have allowed a total of 78 points over the previous four games, and that is equivalent to 19.5 PPG.

Needless to say, this defensive line needs to get back on track on Sunday.

Last but not least we have our Panthers at Falcons Betting Prediction & Pick:

Now we have a clear idea that Carolina is really not a bad team at all, just like everybody expected with Baker underperforming.

In fact, PJ Walker is truly proving that he is worthy of better pro conditions than sitting as the third string forever.

With that being said, we can’t forget the team lost McCaffrey, and this is a factor that will eventually prove significant.

Now,  this is a great chance for the Falcons’ defensive line to bounce back, and they are expected to cause Walker some trouble.

We are taking the Falcons at home here. We are not expecting a complete mismatch, but chances are Atlanta can cover.

Thank you for checking out our Panthers at Falcons Betting preview, best of luck with your future action!