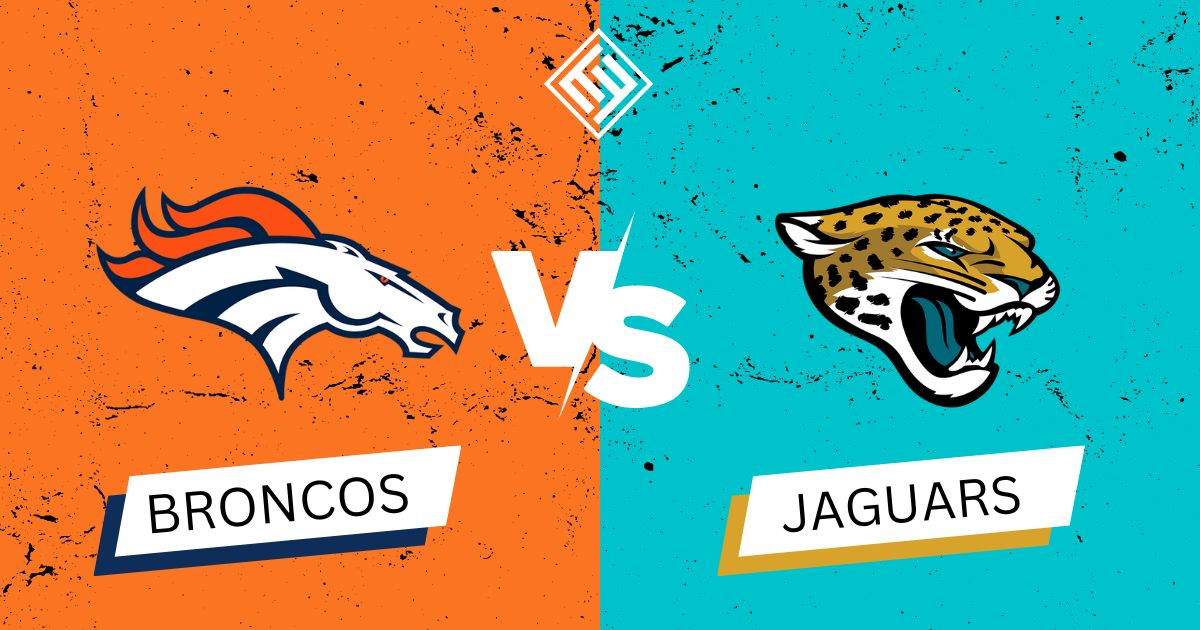 Here is our Broncos at Jaguars Betting prediction for this NFL Week 8 game,

Here are the Broncos at Jaguars Betting odds:

As you can see, the Jaguars are 2-point spread favorites, and this means that they need to win the game by 2 points or more for you to collect profits on this particular line.

If Jacksonville wins but by less than 2 points you lose your wager.

When it comes to the Broncos, they are the underdogs for this game at +2. This means that Denver can even lose the wager by less than 2 points and you can still win the bet.

If the Broncos lose the game but by more than 2 points, you lose your wager.

Here is our Broncos at Jaguars Betting preview for the 2-5 Denver and the 2-5 Jacksonville.

Now in this Broncos at Jaguars Betting preview, let’s analyze the Broncos.

Denver lost to the New York Jets at home in week 7, and that added one more loss for what is now a tough 2-5 season.

Russell Wilson wasn’t available as he suffered a hamstring injury, and it was the chance for backup Brett Rypien who started for the Broncos.

Denver is also headed to this game without running back Javonte Williams as he suffered an ALC injury that ended his season just 2 weeks ago.

As he has been absent for a couple of games, the Broncos are using a combination of Latavius Murray, Melvin Gordon, and Mike Boone who managed to combine for eighty yards and 23 carries.

When it comes to their D-line, the Broncos managed to keep their rival to under twenty points for a third week in a row.

Unfortunately, Denver is 0-3 in those particular matchups as they got outscored 47-34.

It doesn’t matter if it’s Brett Rypien or Russell Wilson who will be starting, this team needs to get more proficient when it comes to their offense to have a shot at saving their season from total disaster.

If this is not possible, a good move should be to trade players such as linebacker Bradley Chubb and wide receiver Jerry Jeudy to build capital for a rebuild in the future.

Broncos at Jaguars Betting: Jacksonville Has Cooled Off

Next in this Broncos at Jaguars Betting preview, let’s talk about the Jaguars.

The Jags lost to the New York Giants 23-17 in week 7, and that defeat was actually their fourth straight for a current 2-5 current record.

Jacksonville started the season 2-1, with surprise victories over the Colts and the Chargers, but that truly seems like a thing from the past as the Jags are back to their losing ways.

They lose those 4 matchups in this current losing streak by a single score.

And that means that they can’t be completely discouraged.

Games at home to the 2-5 Denver and 2-4 Las Vegas give this team a shot to add a couple of realistic wins to their year.

So, even though he didn’t play bad, he hasn’t proved to be the closer that a number one NFL draft pick should be.

Lawrence requires a lot more support from a receiving corps that is currently underperforming, with Christian Kirk being the only exception.

In fact, we could say this is a breakout year for Kirk with the Jags as he currently has 32 catches for 428 yards and four touchdowns in seven matchups this current season.

Travis Etienne, who is currently in his second pro year, has managed to rush fourteen times for a total of 114 yards and a single TD.

Both of these franchises have not been playing at their best level as of late.

Denver has lost 3 straight games and the Jags four in a row.

Thankfully, and because ties are so uncommon, one of these teams will finally break out from that negative streak while the losing team will find themselves asking many questions with no clear answer on how to improve from 2-6.

Out of all the NFL teams, Jacksonville possesses one of the best fan bases in London, and this is precisely where this game is going to take place.

So, we might say the Jags will find themselves playing at a home away from home, and can definitely help.

All in all, we believe the Jaguars will return home from London with that extra victory to improve to 3-5.

Thank you for reading our Broncos at Jaguars Betting preview, best of luck with your future action.