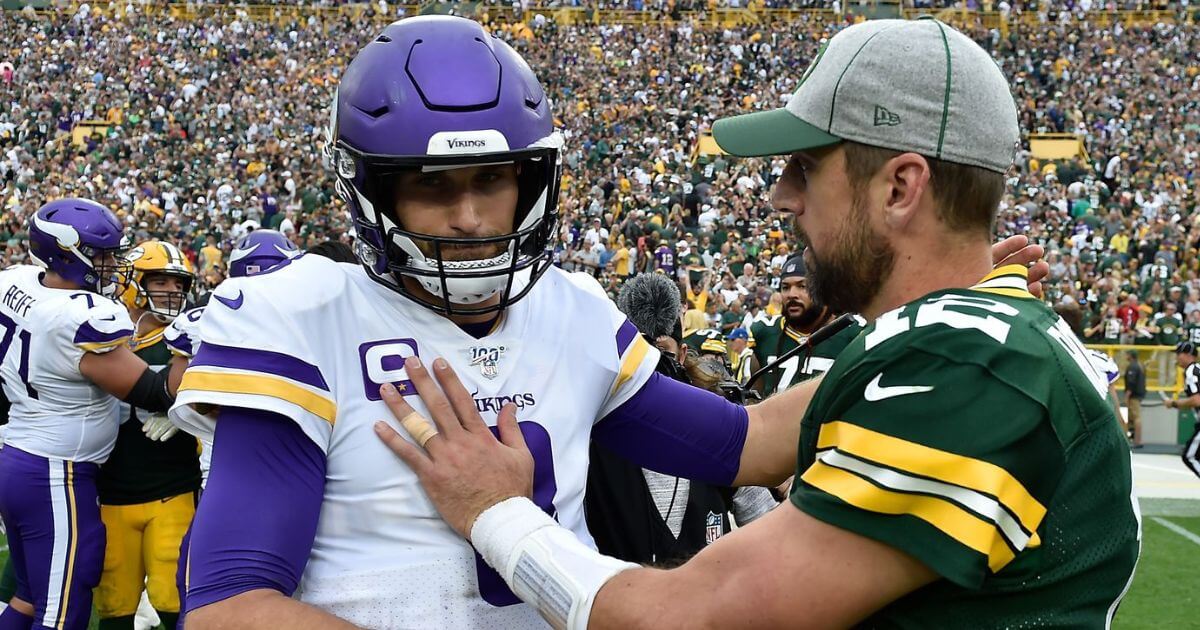 Here is our Packers at Vikings Betting preview, including the latest odds for this NFC North Clash at US Bank Stadium.

Aaron Rodgers and the Packers are visiting Kirk Cousins and the Vikings on a game where Minnesota will show if they have what it takes to dethrone Green Bay, the NFC North kings.

Indeed, the Packers are the most dominant in their division, with 7 divisional titles in 10 seasons.

Green Bay is once again the favorites to take their division. And the Vikings are the team with the most chances of bringing down Green Bay’s reign.

So, this game will clearly let us know if Minnesota can take on such a mission or not.

Check out our Patriots at Dolphins Week 1 game preview.

Here are the Packers at Vikings Betting odds for this game, brought to you by YouWager.lv:

As we can see, the Packers are -2 favorites for this game. And this means that if you bet on Green Bay, the team must win by more than 2 points for you to cash in. If Green Bay wins the game but by less than 2 points, you lose the game.

On the other hand, the Vikings are +2 home underdogs. This means that Minnesota can even lose the game by less than 2 points, and you can still win your wager. If they lose by more than 2 points, you lose your bet.

If you bet on the Vikings SU, you can get a better return on your investment as you can earn $110 per each $100 you risk.

The total for this game has been set at 48. And this means that you can bet on the combined score at the end of the game to be over or under 48 total points.

Now it’s time for our Packers at Vikings Betting preview.

This will be the first real test for Aaron Rodgers now that he is without Marquez Valdes-Scantling and Davante Adams after both found a new team during the offseason.

On offense, the Packers will have to rely on the rushing attack from AJ Dillon and Aaron Jones.

And, when it comes to Rodgers, he will have to rely on Allen Lazard for the passing game.

The Vikings with no significant changes on the offensive are starting their season with Adam Thielen and Justin Jefferson as the main weapons for Cousins.

This is an offensive lineup that will have to get used to the plans of new head coach Kevin O’Connell.

On the other hand, Minnesota made some changes on defense.

In fact, the team spent most of their draft capital on 2 key picks: Andrew Booth Jr and Lewis Cine. Both of whom are ready to start in the secondary.

These two teams split their 2 games last year, with each squad winning a game each at their own stadiums.

Last but not least, let’s check out the best Packers at Vikings Betting tips so that you can make the best decisions when getting action on this particular game:

Thank you for checking out our Packers at Vikings Betting preview, best of luck with your action on this game.