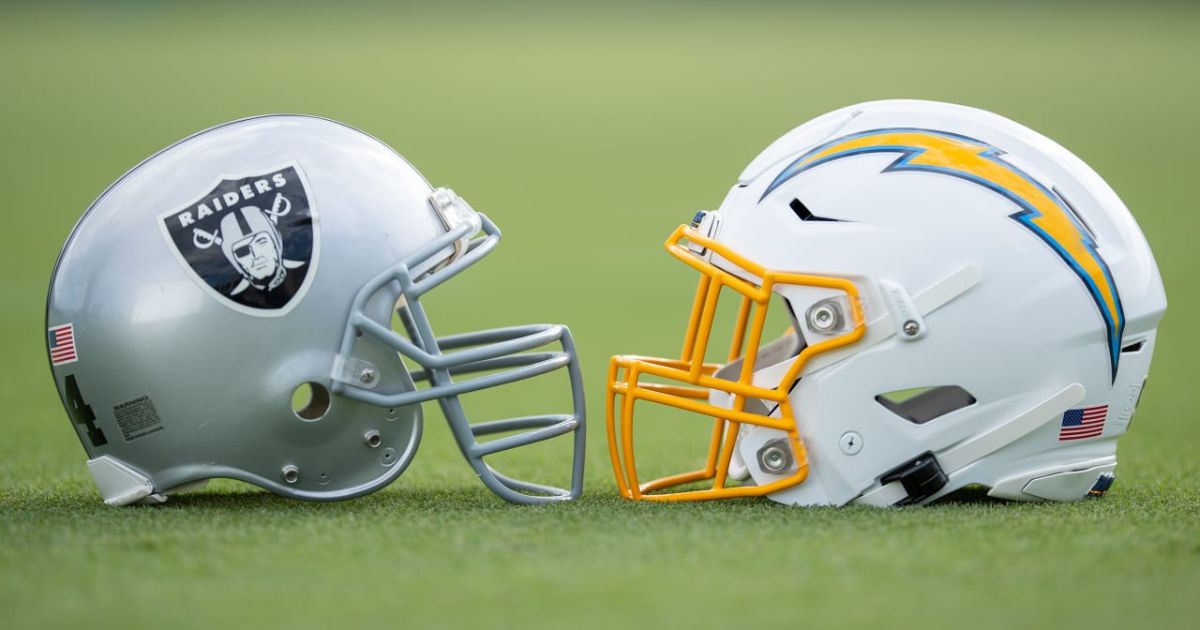 Check out our Raiders at Chargers Betting preview for this Week 1 clash between AFC west rivals.

This season will begin for Las Vegas and this LA team just like last season ended.

But this time it will be LA that will be hosting the game at SoFi Stadium.

Both of these teams are entering the new season with a revamped roster, and needless to say, the AFC West is going to be one of the toughest divisions this year.

LA’s Justin Herbert should be quite happy as he will be protected by a reinforced defensive lineup that includes top names such as Khalil Mack, Derwin James, and Joey Bosa.

And let’s not forget that star WR Davante Adams joined Las Vegas during the offseason. And along with him, the Raiders’ offensive lineup also includes Hunter Renfrow, Josh Jacobs, Darren Waller, and is led by Derek Carr.

These are the Raiders at Chargers Betting Odds, brought to you by YouWager.lv:

As you can see, the Chargers are opening up their season as -3.5 favorites. This means that if you bet on LA, the team must win the game but by 4 points or more for you to collect profits.

On the other hand, if you make a bet on Las Vegas, the underdog team, you can get a better return on your investment as you can get $150 for each $100 you risk.

When it comes to the total, the one for this game has been set at 52. This means that you can bet on both teams coming up with a combined score under or over 52 points.

Check out our Steelers at Bengals Week 1 preview.

Justin Herbert is entering the season as a clear MVP candidate as many believe QB1 for LA truly has what it takes for a Super Bowl push.

When it comes to Las Vegas, they handled Derek Carr a 3-year contract worth $121.5 million, and that brings security to the team as they now have their franchise quarterback.

Plus, the team also hired the services of a new head coach in Josh McDaniels.

Last but not least, we have the best Raiders at Chargers Betting tips to help you obtain the best outcome when getting action on this particular game:

Thank you for checking out our Raiders at Chargers Betting preview, best of luck with your action on this game.