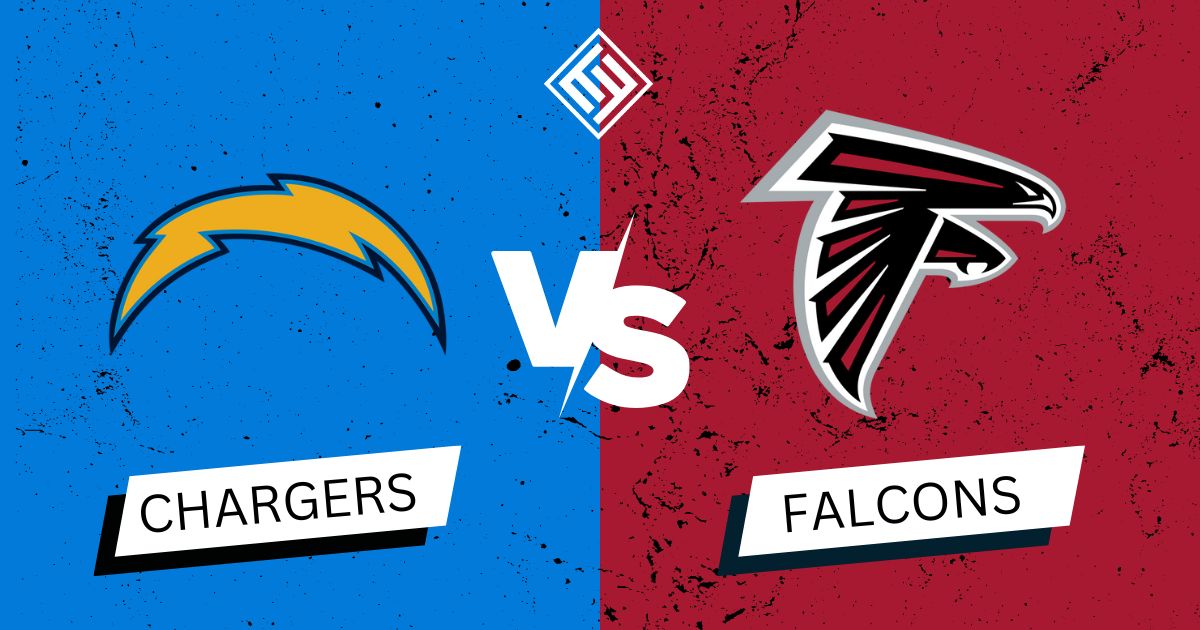 Here is our Chargers at Falcons Betting prediction, including our pick for this NFL week 9 matchup.

LA was on their bye week on week 8, and they remain 4-3 in the current season.

The Falcons were able to survive a 37-34 OT clash with Carolina.

These are the Chargers at Falcons Betting odds, brought to you by YouWager.lv:

As you can see, the Chargers are 3-point spread favorites to get the victory on the road.

This means that for you to collect any profits on this particular line, LA must win by more than 3 points.

If the Chargers get the victory but by less than 3 points, you lose the bet.

The Falcons, on the other hand, are the home underdogs at +3.

Here Atlanta can even lose the game by less than 3 points and you can still collect your profits.

If the team loses the game by more than 3 points, you lose the bet.

Now it’s time for our Chargers at Falcons Betting preview for both teams.

Los Angeles Looking to Bounce Back

On this Chargers at Falcons Betting preview, let’s now analyze the Chargers.

LA was on their bye week on week 8, and they are currently 4-3 on the year.

Prior to their bye, the Chargers were dominated on their own field by the Seahawks.

That defeat was their 2nd blowout loss on their own field this current season, with the first of those home losses coming vs the Jaguars.

With victories versus the 2-5 Las Vegas, 1-5-1 Houston, 3-2 Cleveland, and 3-5 Denver, LA still needs to prove that they can beat a good postseason-like team.

This is actually the 2nd straight year that this team is entering the season with playoff expectations that are likely not to be met in the end.

While LA has certainly faced some difficulties, they also possess a roster that is full of talent.

Running back Austin Ekeler has proven to be a dominant offensive force as of late.

In the previous four games, he managed to total 518 yards and an outstanding 8 touchdowns.

The resurgence of Ekeler might just be the key for the Chargers to make it to the postseason.

LA’s current chances of making it to the playoffs are 49%.

And this week gives the team the chance to increase those chances above 50%, and if they lose, they will continue to fall even further.

The Falcons are definitely not going to be an easy test, but they are completely beatable if LA manages to perform at full strength.

Next in our Chargers at Falcons Betting preview, let’s talk about the Falcons.

The match between Atlanta and the Panthers, which went to overtime, was fully back-and-forth.

Atlanta was leading 34-28 with only 36 seconds left in the clock, but the Falcons allowed Carolina to tie the game at 34 with only twelve seconds left.

In OT, the Panthers made a couple of mistakes that allowed Atlanta to finally claim the disputed victory.

Now, it’s important to recall that tight end Kyle Pitts had the best game of the season so far as he finished with five catches for eighty yards and a single touchdown.

If the Falcons want a chance to continue to win games and have a shot at the postseason, they definitely need to get Pitts way more involve in offense, as well as rookie wide receiver Drake London.

After managing to go 4-4 following this victory, the Falcons right now are sitting alone in first place in the NFC South division.

A divisional title and playoff berth really seem like a possibility for Atlanta, a team that is currently given just a 38% chance of winning their division.

If they want to accomplish these goals, they must turn into a more consistent unit, and Mariota definitely needs to step up.

Last but not least, our Chargers at Falcons Betting prediction and pick:

Doubtlessly, this is a game that will be featuring very even teams.

The Falcons are the ones with the home advantage, and a potential return to action from running back Cordarrelle Patterson from injury gives this team even more hope of getting the win.

But the reality is that the Chargers are the ones with the better roster, and they are also desperate to get a victory to give them a little bit of peace of mind.

LA is coming from their bye and will feel well-rested for this matchup, and we are taking the Bolts at -3 to get the win and cover this time.

Thank you for checking out our Chargers at Falcons Betting preview, best of luck with your action on this game.