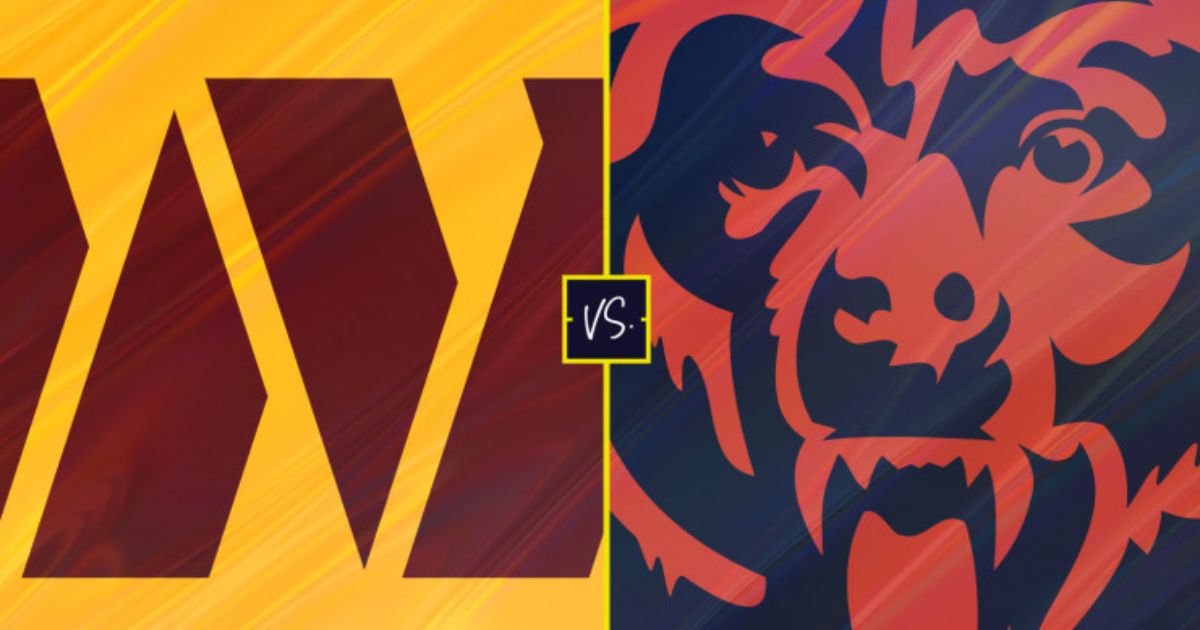 Here is our Commanders at Bears Betting preview, including fresh odds for this NFL Week 6 clash.

Here are the Commanders at Bears Betting odds, brought to you by YouWager.lv:

As you can see, the Bears are slight -1 favorites over the Commanders, the underdogs for this Thursday Night Football matchup.

For the total, you can make a wager on both teams’ combined score at the end of the game to be superior or inferior to 38 points.

Now it’s time for our Commanders at Bears Betting preview.

Both of these squads are coming from Week 5 losses.

When it comes to the Commanders, they are currently 1-4, and they will really be trying to stop their current bleeding wound, the result of four consecutive losses, with the last one vs the Titans this past Sunday.

Check out our list of the best wide receivers in the NFL right now.

The Bears currently possess one of the most one-dimensional offensive lines in the NFL.

The team is averaging 17.2 points per game on 274 yards per game across a 2-3 record this current season.

That being said, this current Bears record can be a little misleading, and they are probably not as good as those two wins.

Washington opened up their season 1-1 with a victory against the Lions and a subsequent defeat to the Jaguars.

And, with Carson Wentz under center, they finished with 27.5 points per game on 393 yards per game.

That being said, the team has not been able to get much traction since then, picking up 3 more losses in the process to Philly, Dallas, and Tennessee.

Next in this Commanders at Bears Betting preview, let’s review the head-to-head for this particular game.

So, if you actually trust these trends, and you think these two teams will engage in a battle of points, then the OVER seems like a good play this time around.

If you think these trends are just random events, and you really don’t believe the past games have any influence over future ones, you should be a little bit careful as it is a fact that when two awful squads get together, weird things start to happen.

Thank you for checking out our Commanders at Bears Betting preview, best luck with your action on this game!