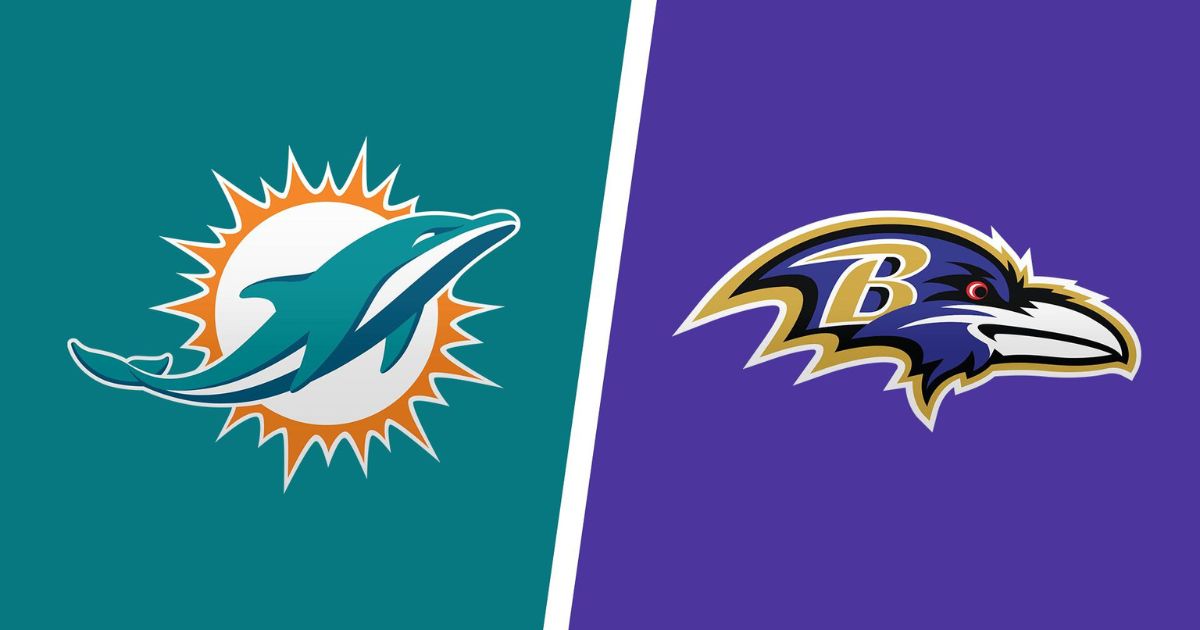 Here is our Dolphins at Ravens Betting Odds and Preview for this NFL Week 2 matchup.

The second game of the season for the Fins will be on the road vs the Ravens, one of the toughest rivals for Miami this upcoming regular season.

These are the Dolphins at Ravens Betting Odds for this Week 2 matchup, brought to you by YouWager.lv:

As you can see, the Ravens are 4-point favorites, and that means that for you to collect on a wager on Baltimore, the team must win by more than four points.

If they win, but they fail to cover the 4 points, you lose your bet.

The Dolphins are underdogs for this one. And this means that they can lose the game by less than four points, and you can still collect your earnings.

If they lose by more than 4 points you lose the bet.

On the money line, you have to risk more to win less on the favorite because that is the team with the most chances of getting the win.

When it comes to the Fins since they are not the favorites, the risk is larger for the bettor, and that means that a winning bet will pay more by risking less cash.

The total for this game has been set at 46.

This means that you can bet the total points scored on this game by both teams at the end of the game to be more or less than the total of 46 points.

Read our NFL Week 2 Betting Odds and preview for all games.

These are the Dolphins at Ravens Betting odds to win Super Bowl LVII:

Here is our Dolphins at Ravens Betting preview.

Baltimore is featuring a renewed defensive line, and this means that this area should remain healthy early in the season.

The first test of this Ravens defense will be versus the Jets in Week 1.

And then, the Fins are visiting Baltimore. With a very competitive offensive line, Miami can be the first real test for the Ravens this season.

And, it is paramount that the Dolphins perform well in this game, as they are playing home in Week 3 to one of the toughest teams in the league, the Bills, one of the top favorites to win the Super Bowl.

In 26 years of existence, the Ravens have faced the Fins a total of 15 times during the regular season and two more during the postseason.

The first time these two teams clashed was back in 1997 in what was a road game for the Dolphins to Baltimore.

This was the 2nd year of existence for the Ravens after switching names and towns (they were the original Cleveland Browns from Art Modell).

The Ravens had a very bad first season in Baltimore, finishing 4-12, and they were 3-3 by the time they faced the Fins in Week 8, just after they bye.

The Dolphins were 4-2 when they head to Maryland to play the Ravens, and that included two straight victories just before this matchup.

The Dolphins ended up winning the game 24-13.

In fact, Miami won the first 4 regular season meetings between the two teams.

But the Ravens got their revenge in 2001, in what was a Wildcard contest that finished with a 20-3 Baltimore victory.

After another 2005 win by the Ravens, the Fins returned to their winning ways in 2007.

The Fins did get a win in 2015, making it 1-8 favoring Baltimore in their previous nine meetings.

Now, in seventeen games between these two franchises, including the playoffs, this year’s meeting will be just the 6th that will be taking place in Baltimore.

These are some helpful Dolphins at Ravens betting tips to help you get the best outcome in this game:

Thank you for checking out our Dolphins at Ravens Betting preview, best of luck with your action.