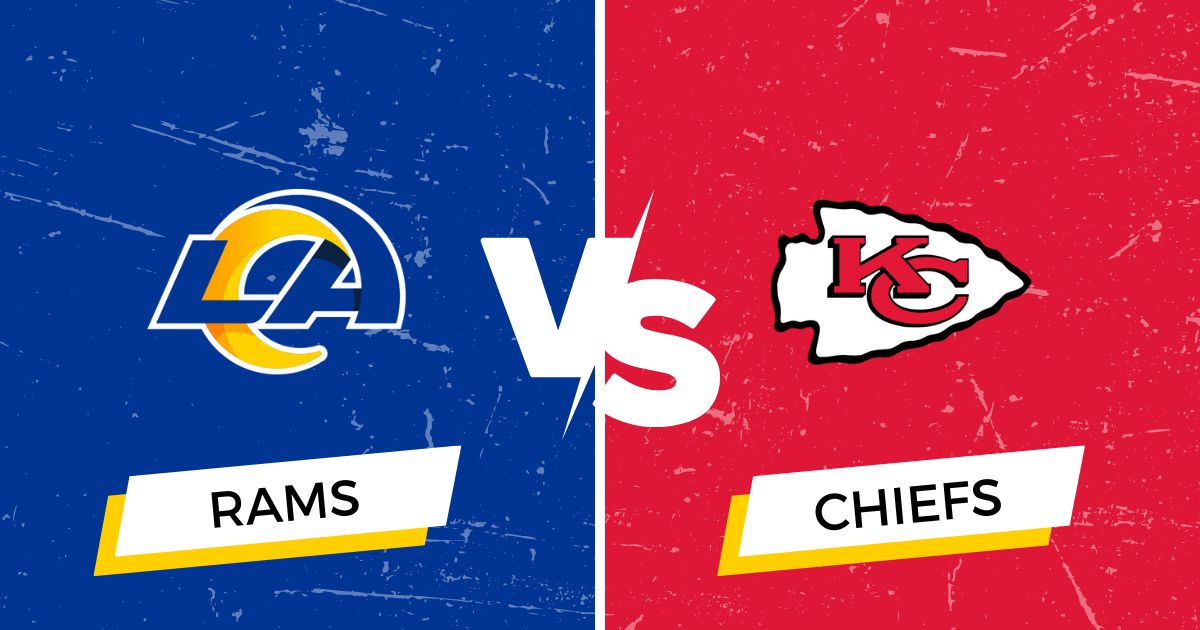 Here is our Rams at Chiefs Betting preview, including our pick for this NFL week 12 matchup.

These are the Rams at Chiefs Betting odds, brought to you by YouWager.lv:

The Rams are huge +15.5 underdogs for this particular game, and this means that they can lose the game by less than 15.5 points and you can still cash in on this line.

The Chiefs are big -15.5 spread favorites to win this game, and this means that they need to win by more than 15.5 points for you to cash in on this line.

When it comes to the total, it has been set at 42 for this game, and this means that you can place a bet on the combined score of the game to be higher or lower than 42 total points.

Here is our Rams at Chiefs Betting preview, including an overview of both teams.

Now in this Rams at Chiefs Betting preview, let’s talk about the Rams.

LA lost its fourth game in a row on Sunday, and that dropped their record to 3-7 for the year.

With this 27-20 loss to the Saints, they have now lost six out of their last seven matchups.

The hopes for this team to make it to the postseason are vanishing fast.

They have now lost star wide receiver, Cooper Kupp, as the player is recovering from an ankle injury and will be out until January. This just means that this team has no real offense for the remainder of the season.

Quarterback Matthew Stafford went eleven for 18 for 159 yards and two touchdowns in that loss to New Orleans. The highlight for Stafford at this game was a 62-yard TD pass to second-year WR Tutu Atwell.

After getting a victory at the Super Bowl last season, the Rams entered this current season with the hopes of repeating that feat.

Needless to say, they have turned into one of the worst teams in the league, ranking in the bottom 5.

They traded a first-round 2023 draft pick to the Lions to acquire Matthew Stafford, which complicates things even more.

This team is actually ready for a complete reset after this tumultuous season. That trade paid out well as they won a title, and with that championship under their belts, they are definitely on their to rebuild.

Next on this Rams at Chiefs Betting preview, let’s talk about the Chiefs

This team has now won 4 straight games and has also won six of their past seven.

They are now the leaders of the AFC West, and at the top of the AFC conference overall.

Patrick Mahomes continues to prove that he is one of the best quarterbacks in the league as he completed 20 of 34 passes for 329 yards and three touchdowns in the victory.

He has a real connection with TE Travis Kelce, who finished with 6 catches for 115 yards and three TDs.

Rookie running back Isiah Pacheco was also proficient as he rushed fifteen times for 107 yards.

If Pacheco continues to play at a high level this can be huge for the Chiefs as they lost RB Clyde Edwards-Helaire, who is recovering from an ankle sprain.

The team also lost their newest acquisition in wide receiver Kadarius Toney, who is currently recovering from a hamstring injury.

The Chiefs are also dealing with plenty of issues in their receiving corps.

If their receivers can get healthy and perform at the top level, and if they improve a little bit on defense, this team can really become unstoppable.

Now it’s time for our Rams at Chiefs Betting pick:

The last time these two met was a party of points as that Monday Night Football game finished 54-51.

And we can say that this continues to be one of the best matchups in the past recent seasons.

The Chiefs continue to play at that level, but the Rams are in a completely different place.

Kansas City is the huge favorite to take the victory, but covering 15.5 points is difficult and rarely happens.