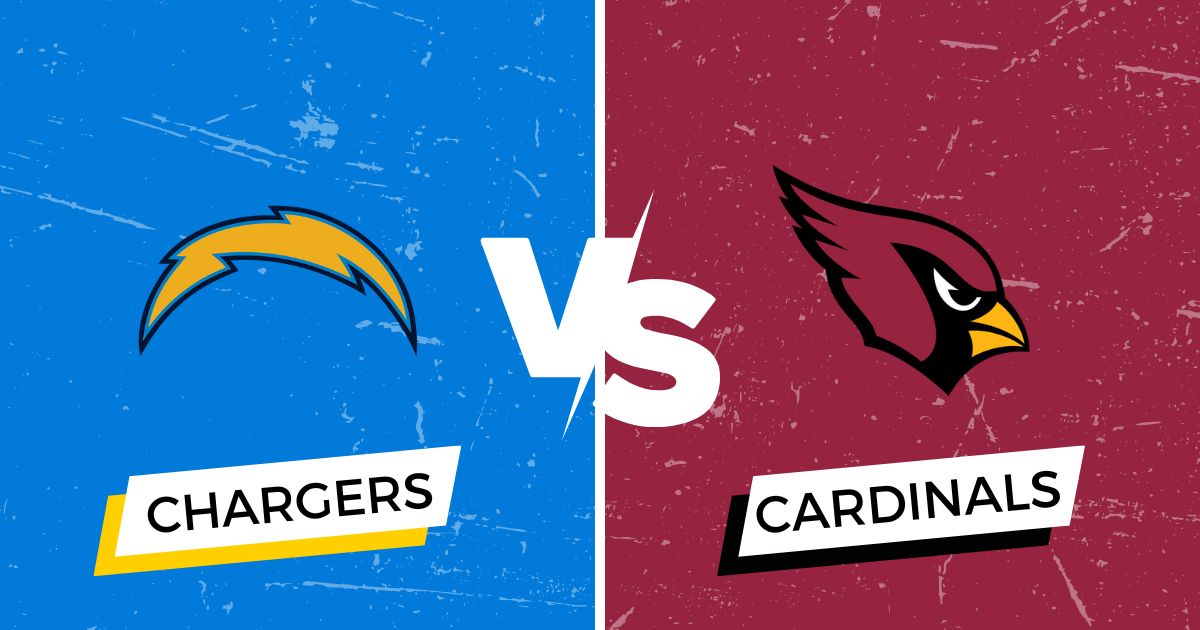 Here is our Chargers at Cardinals Betting preview, including our pick for this NFL week 12 matchup.

These are the Chargers at Cardinals Betting odds, brought to you by YouWager.lv:

The Chargers are -3 spread road favorites to get the victory in Arizona. This means that LA must win by more than 3 points for you to cash in on this line.

The Cardinals are +3 home underdogs for this game. This means that they can even lose the game by less than 3 points, and you can still cash in on this particular line.

The total for this game has been set at 48.5, and this means that you can place a bet on the combined score of both teams at the end of the game to be lower or higher than 48.5 total points.

Here is our Chargers at Cardinals Betting preview, including an overview of both teams.

Now in this Chargers at Cardinals Betting preview, let’s talk about the Chargers.

It was only the 2nd time this current season that LA lost to a rival by only three points.

They’ve been unable to get the victory at home, and that is a concern that has put them in a tough spot.

Right now they sit in ninth place in the AFC Conference, and that is two places out of the wild card race.

Quarterback Justin Herbert managed to play a decent game, and despite the defeat, he completed 23 of 30 passes for 280 yards, two touchdowns, and a single interception, which is good for a 113.2 passer rating.

Joshua Palmer, a 2021 third-round draft pick, had a great game as he caught eight passes for 106 yards and two touchdowns.

Wide receiver Keenan Allen made his return to action, and this definitely benefited Palmer as Allen got most of the attention from the D-line.

Yes, the offensive line from LA play well in week 11, but their defense was just not as proficient as required to stop Kansas City’s tough offense.

They seem vulnerable versus TE Travis Kelce, who was very dominant, particularly down the stretch.

They definitely need to bounce back versus the Cardinals.

Chargers at Cardinals Betting: Arizona on the Fringe of Elimination

Next in this Chargers at Cardinals Betting preview, let’s talk about the Cardinals.

Arizona was embarrassed by the Niners in week 11 as they lost 38-10 at home, and this result dropped their record to 4-7 for the year.

That blowout defeat reduced the chances of the Cardinals making it to the postseason to a low 4%.

Backup quarterback Colt McCoy had a difficult game versus the 49ers’ defense.

On the positive side, Arizona expects Kyler Murray to grab his starter job back for this upcoming game against the Chargers.

With Murray fully healthy, plus Brown and Conner, this team can definitely remain alive for a bit longer.

Now, it’s true that the offense for Arizona is about to be the healthiest it’s been in a while, the team is still losing TE Zach Ertz, and they are also waiting for the official return of Marquise Brown.

Their defense also needs to come up with some adjustments if they actually want to remain alive for the postseason.

They allowed San Francisco to score, and often, and easily, plus they allowed inconsistent quarterback Jimmy Garoppolo to post a 131.9 passer rating.

If they lost this game against LA it will mean the end of hopes for this team to advance further.

Last but not least we have our Chargers at Cardinals Betting pick:

These two teams definitely count with more than decent rosters, but those good players are currently underperforming.

That is the main reason both squads require a victory desperately as both want to save their respective seasons.

Out of the two, the Chargers are the ones with the most hope but don’t expect either to back up and actually expect a close matchup.

I believe Los Angeles will get the valuable road victory and will improve to 6-5.