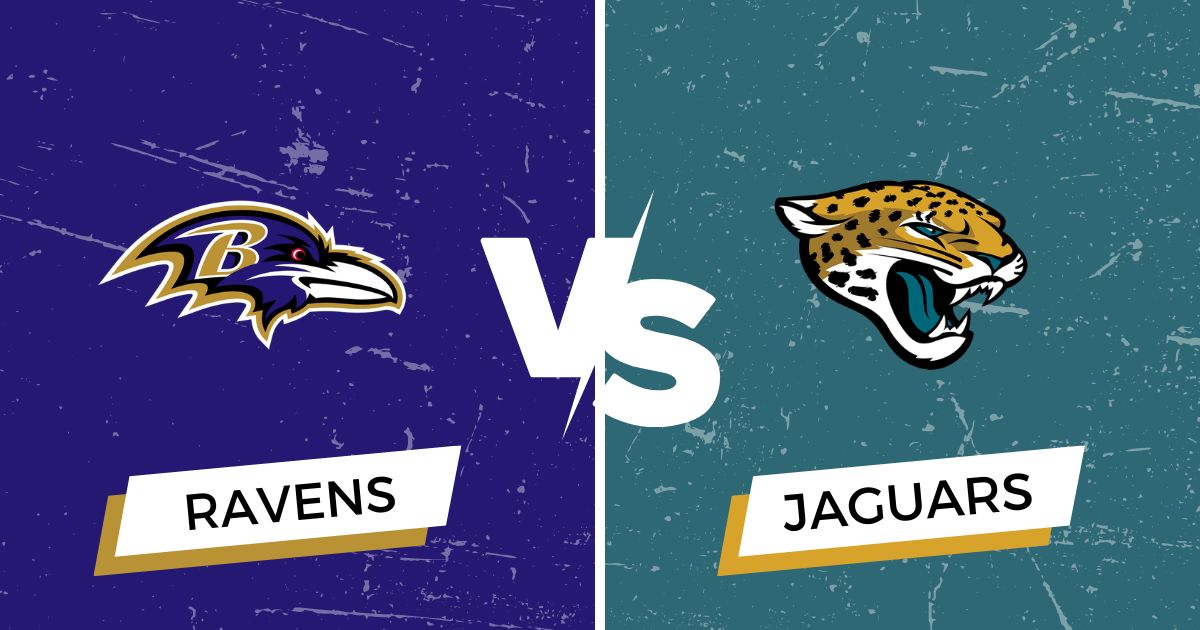 Here is our Ravens at Jaguars Betting preview, including our pick for this NFL week 12 matchup.

The Jags enjoyed their bye last week and are currently 3-7.

The last time these two franchises played each other was back on December 20, 2020.

These are the Ravens at Jaguars Betting odds, brought to you by YouWager.lv:

The Ravens are -3 road spread favorites to get the victory in Jacksonville. This means that Baltimore must win the game by more than 3 points or you lose your bet.

When it comes to the Jaguars, they are +3 underdogs, and this means that they can even lose the game by less than 3 points, and you can still cash in on this particular bet.

The total for this game has been set at 43.5, and this means that you can place a bet on the combined score for this game to be lower or higher than 43.5 combined points.

Here is our Ravens at Jaguars Betting preview, including an overview of both teams.

Now in this Ravens at Jaguars Betting preview, let’s talk about the Ravens.

Baltimore managed to take down Carolina 13-3 in week 11, and that victory improved their record to 7-3 for the year.

This win allowed the Ravens to keep the slight lead they currently have in the AFC North.

Quarterback Lamar Jackson seem to struggle versus the Panthers as he went 24 for 33 for 209 yards and a single interception.

Jackson actually has been struggling for a while now during the season, precisely since week 3.

Lamar has posted a 79.3 passer rating in the next seven matchups since then.

Despite Jackson’s and the overall struggles with this offensive line, they managed to get the victory thanks to their impressive D-line.

Baltimore’s defense has been great for a while, but it got even better thanks to the acquisition of linebacker Roquan Smith, who got traded from the Bears. Smith finished with seven tackles in the victory.

Another LB, Patrick Queen was also outstanding, finishing the game with twelve tackles and 0.5 sacks.

We can actually affirm that the Ravens’ D-line is currently the best one in the league.

They’ve been able to dominate opposing squads for the past few weeks.

They are now ready to play against an inexperienced, young Jaguars team.

Next in this Ravens at Jaguars Betting preview, let’s talk about the Jaguars.

Jacksonville was on their bye last week, and they are still 3-7 for the year.

Before their bye, they got defeated by the Chiefs, but the week before that they took down the Raiders.

They have been playing decent football since then, and they are likely to continue to have momentum versus Baltimore.

Wide receiver Christian Kirk is enjoying a great first season with the Jags. In ten appearances,s he’s managed to rack up 52 yards for 679 yards, plus seven touchdowns, leading Jacksonville in receiving.

When it comes to defense, the Jags have made some minor improvements lately.

2022 first-overall pick Travon Walker currently has 2.5 sacks and a lot of quarterback pressures on the year.

That being said, he is not the best among the defensive players that were taken in the previous draft.

DE Josh Allen has been essential for the Jaguars’ pass rush this year.

This defensive line will definitely need to put a lot of pressure on Lamar Jackson if they want to survive this test versus the Ravens.

Last but not least, our Ravens at Jaguars Betting pick:

While Jacksonville has shown some improvement, their level is still not very consistent as to be able of beating good squads.

Baltimore has a solid, outstanding D-line, and this is likely to create a lot of trouble for Trevor Lawrence and his teammates.

I pick the Ravens to win and cover.