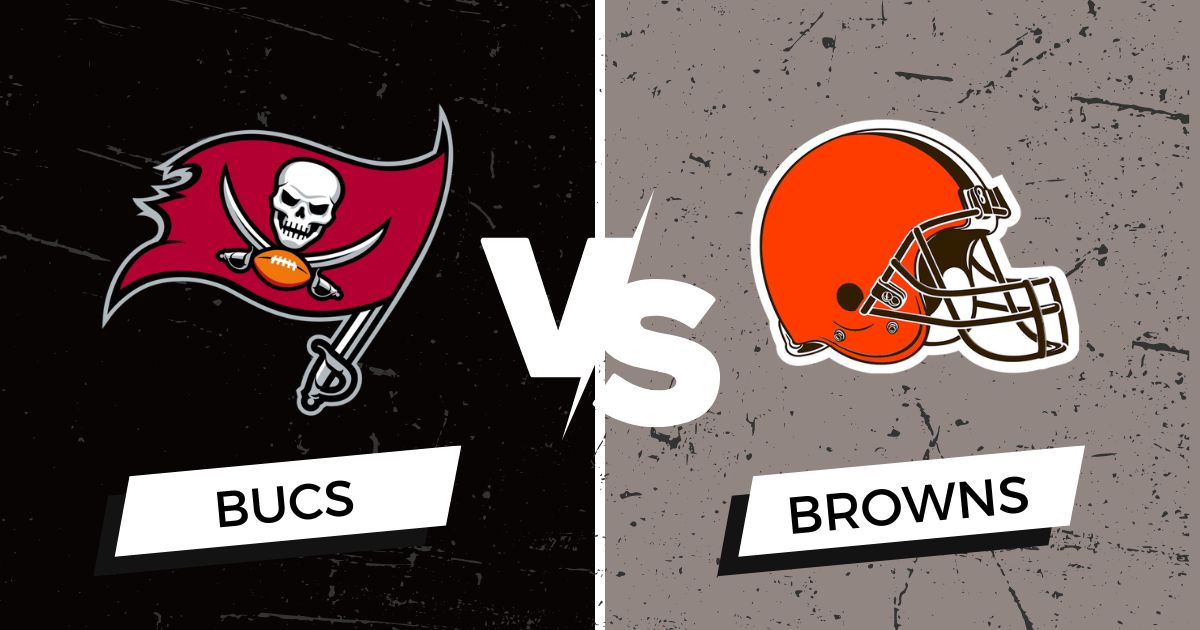 Here is our Buccaneers at Browns Betting preview, including our pick for this NFL week 12 matchup.

The 5-5 Bucs were on their bye week last week, and they are currently 5-5 on the season.

Learn everything about online sports betting with this easy guide.

Here are the Buccaneers at Browns Betting Odds, brought to you by YouWager.lv:

The Bucs are -3.5 spread favorites to get the win on the road. This means that Tampa must win the game by more than 3.5 points or you lose your bet.

Cleveland is +3.5 home underdogs, and this means that they can even lose the game by less than 3.5 points and you can still cash in on this particular line. If they lose by more than 3.5 points you lose your wager.

When it comes to the total, it has been set at 43, and this means that you can place a bet on the combined score of both teams at the end of the game to be higher or lower than 43 total points.

Here is our Buccaneers at Browns Betting preview, including an overview of both teams.

Now in this Buccaneers at Browns Betting preview, let’s talk about the Bucs.

Tampa enjoyed their bye week last week and they are still 5-5 on the season.

The Bucs hold 1/2 a game lead over Atlanta in the NFC South.

Victories by the Falcons and NOLA during their bye have definitely increased the pressure on the Buccaneers to keep getting wins.

Their offensive line has been struggling during the current season, with a few flashes here and there of impressive and awful play.

Tom Brady, who is now 45, is currently ranking fifteenth in QBR.

Brady, just like the rest of his team, has not been either amazing or terrible this current season.

When it comes to their defense, mediocre play has given them bad numbers too.

Their season start was strong, but right now they are currently ranking sixth in the league in scoring defense as they are allowing eighteen points per game.

Lately, it seems they have found certain consistency, and if they can continue to perform the same way, there is no reason to think they can’t clinch the division title.

Interested in beating everybody at the tables? Check out our how to play poker 101 guide.

Next in this Buccaneers at Browns Betting preview, let’s talk about Cleveland.

The Browns fell to the Bills on week 11 and now they are 3-7 for the season.

They had a pretty solid performance as they even surpassed Buffalo in yardage, and they also committed just a few penalties.

Quarterback Jacoby Brissett had a pretty good game, and that proved that the team’s problems go beyond the QB position.

Yes, Brissett played great, but his team was unable to get the victory.

Buffalo is definitely one of the toughest rivals, but their overall performance still raises a few concerns related to their viability with Deshaun Watson returning this week.

They had to put a lot of things on the line to bring Watson, but now the team has holes all over the rest of the roster.

Their D-line in particular has been quite disappointing as they have allowed 27 PPG which is the second worst in the NFL.

The seasons for the Browns is probably over by now, and their future doesn’t look very bright either.

You can easily keep track of your wagering action with this bet tracker spreadsheet.

Now it’s time for our Buccaneers at Browns Betting pick:

These two franchises are trying to remain afloat. Historically, Tom Brady has performed great after a bye, and the Bucs’ veteran roster probably benefited greatly from the time off.

This is likely to be a close game, but I don’t think Cleveland will be able to get their win here, which means that they are probably on their way to a 3-8 record by losing at home here.

Runningback Nich Chubb might be able to open the game, but apart from that, I’ll take the Bucs to get the road victory here.