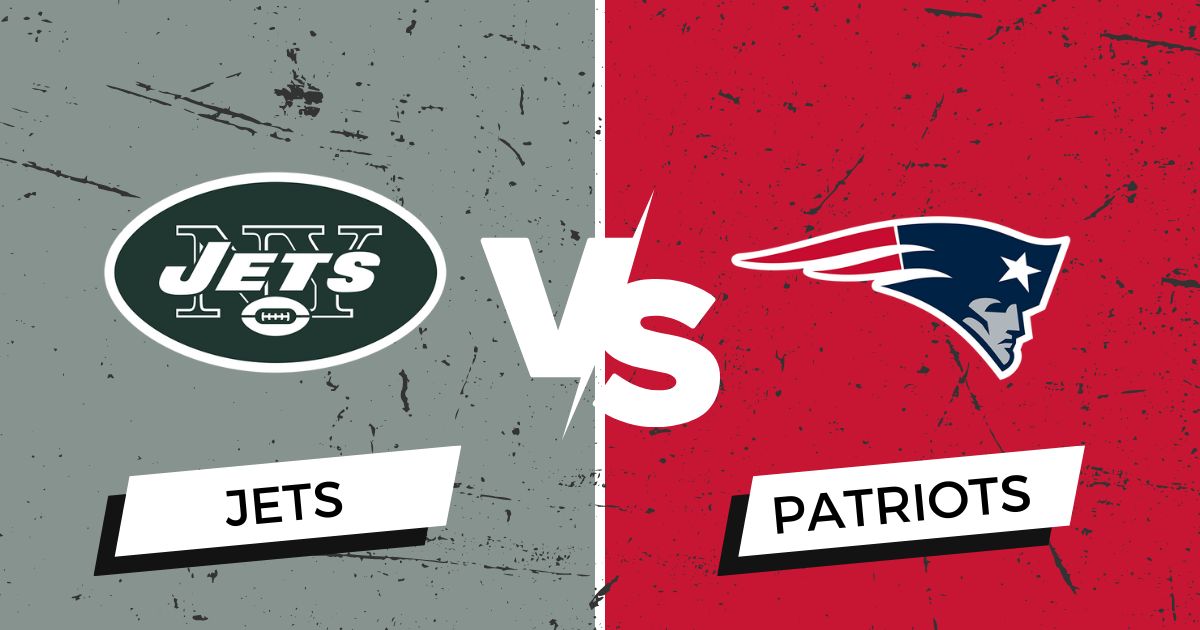 Here is our Jets at Patriots Betting preview, including our pick for this NFL week 11 matchup.

New York was on their bye on week 10, and they are currently 6-3 on the year.

New England was also on their bye week and is currently at 5-4 on the season.

The last time these two teams met was back in week 8 with the Pats winning the game 22-17.

These are the Jets at Patriots Betting odds, brought to you by YouWager.lv:

The Jets are the underdogs for this game at +3.5. This means that they can even lose the game by less than 3.5 points and you can still win your spread bet on this team.

When it comes to the Patriots, they are the home favorites to win the game at -3.5. This means that New England must win the game by more than 3.5 points for you to cash in.

The total for this game has been set at 38. This means that you can place a bet on the combined score of both teams at the end of the game to be higher or lower than 38 total points.

Now you can easily learn how to bet on sports with this guide.

Take a few minutes and learn all you need to know about playing poker.

Here is our Jets at Patriots Betting preview, including an overview of both teams.

New York was on their bye last week and is still 6-3 on the year.

During their bye, Buffalo lost their second game in a row, and this allowed NY to jump into second place in their division.

They are only half a game behind Miami for first place, and with a victory this week versus the Pats they can make it there.

On the bad side for the Jets, they have lost thirteen games in a row versus New England, and they already lost to them this season, and at home. That being said, they are definitely the healthier team this time around.

There are 2 players that can make the difference in this matchup for New York:

Rookie and first-round pick linebacker Jermaine Johnson made his return to the lineup in Week 9 versus Buffalo.

His impact was noticeable and could have made a difference versus the Pats in the first game the teams played this season.

Additionally to Johnson who is back from injury, the Jets can also benefit from having running back James Robinson.

He was limited in the first game versus the Pats as he was just recently acquired. This time he will be completely available for New York.

Keep a record of your betting action with this easy bet tracker spreadsheet.

Next in this Jets at Patriots Betting preview, let’s talk about New England.

The Pats were also on their bye in week 10 and they remain 5-4 on the season.

They entered their bye week after beating the Colts 26-3.

New England has performed like 2 different teams this year. They have accumulated a few negative losses, such as going down 20-7 in Miami, 37-26 versus the Ravens, and 33-14 versus the Bears.

They have also accumulated some great victories, such as defeating the Lions 29-0, 38-15 versus the Browns at Cleveland, and 26-3 versus the Colts.

That being said, New York is the only +.500 franchise New England has defeated this season.

The current postseason chances for New England sit at 39%, with only a 6% shot of becoming the winners of a tough AFC East.

Earlier in the year, there was a controversy in New England about quarterbacks Mac Jones and Bailey Zappe, but that has all been settled down, and Jones is firm as the starter.

Last but not least, we have our Jets at Patriots Betting pick:

I think New York is the best team for this game. But in all honesty, it is quite difficult to pick the Jets when you consider how long it has been since they defeated New England.

The Jets have not defeated the Pats in six years, that’s a long time, and when it comes to regulation, that time extends for over a decade.

Jets at Patriots Betting Pick: I’m taking the Patriots to hand the Jets a new defeat.