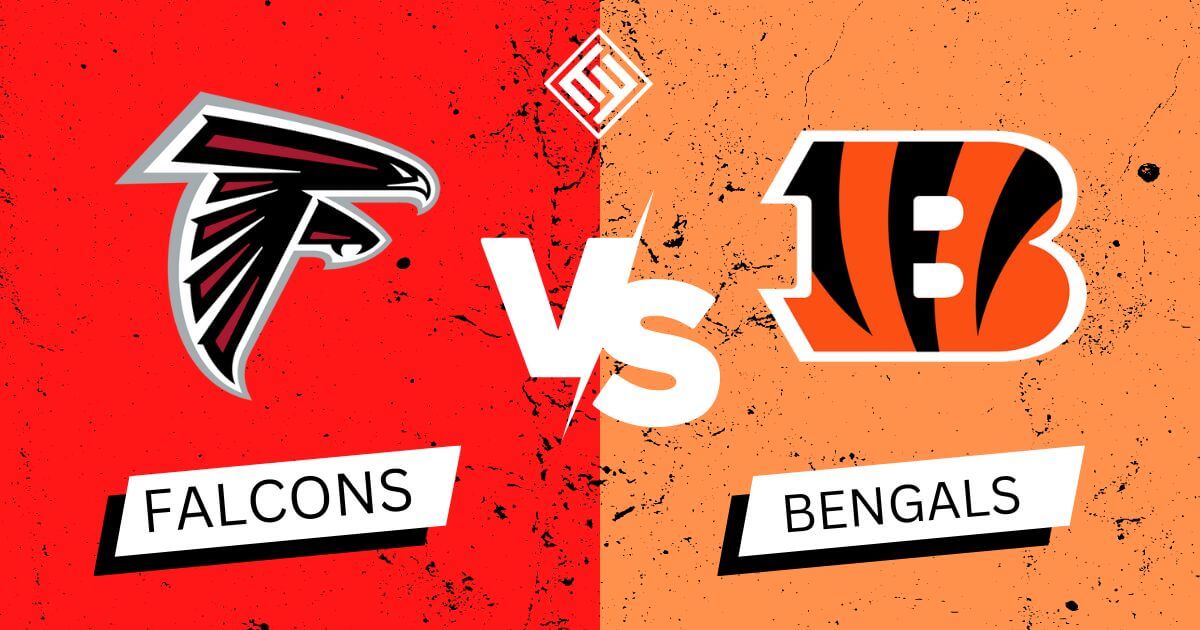 Here is our Falcons at Bengals Betting preview for this NFL Week 7 matchup.

These are the Falcons at Bengals Betting odds, brought to you by YouWager.lv:

The Bengals are arriving at Week 7 as 7-point favorites.

This means that when you place a spread bet on Cincinnati, the team must win by more than 7 points for you to cash in.

If Cincinnati wins but by less than seven points, you lose your bet.

The Falcons, on the other hand, are +7 underdogs for this game.

This means that Atlanta can even lose the game by less than seven points, and you can still win your bet.

If the team loses the game for more than 7 points, you lose the wager.

When it comes to the total, you can place a bet on the combined score of both teams at the end of the game.

Now we have the Falcons at Bengals Betting preview.

Cincinnati continues to play teams from the NFC South as they are now hosting the Falcons at Paycor Stadium.

This game, where the Bengals are 7-point favorites, is coming after a Bengals victory over the Saints.

Marshon Lattimore and NOLA’s defense got torched by Joe Burrow and Ja’Marr Chase (2 TDs, 132 yards, and 7 receptions), and it’s likely that this team will take a similar approach when they face Atlanta.

And it doesn’t seem like it’s going to be a very tough task for Cincinnati as they will be facing one of the current teams that allow the most yards through the air in the league.

Things can get even more complicated for Atlanta if Tee Higgins fully recovers and gets the green light to play the Falcons.

This team has also been quite proficient when it comes to protecting their side of the field against the pass as they have allowed a low 5 TD passes through the air this current season.

But the team has proven to be a bit susceptible to making mistakes on the ground, and this is a very relevant factor as this is an area where the Falcons have managed to thrive this current season.

With the Giants and the Ravens losing their respective games last week, the Bengals are in a great position where they can become the true leaders of the AFC North with a home win over the Dirty Birds.

Read this article on the best-paid players in the NFL.

I think is a big mistake to dismiss the Falcons as they are really better than their current 3-3 record, and that was clear during their victory over the Niners of Sunday.

Marcus Mariotta finished the game with two touchdowns including a TD pass to Kyle Pitts.

Atlanta currently possesses the third-most rushing yards in the NFL with 991, only behind the Browns and the Bears.

If making bets is what you truly want, the Falcons have proven to be quite the good wager as they currently are 6-0 ATS this year.

The team is also feeling motivated as they are coming from a solid victory over the Niners.

Here is our Falcons at Bengals Betting prediction.

It’s difficult to see the Bengals losing to Atlanta in Cincinnati.

It’s likely that the home team will be able to cover those seven points, and the victory is likely to go to Cincy.

Thank you for reading our Falcons at Bengals Betting preview, we wish you the best of luck with your action on this particular game.