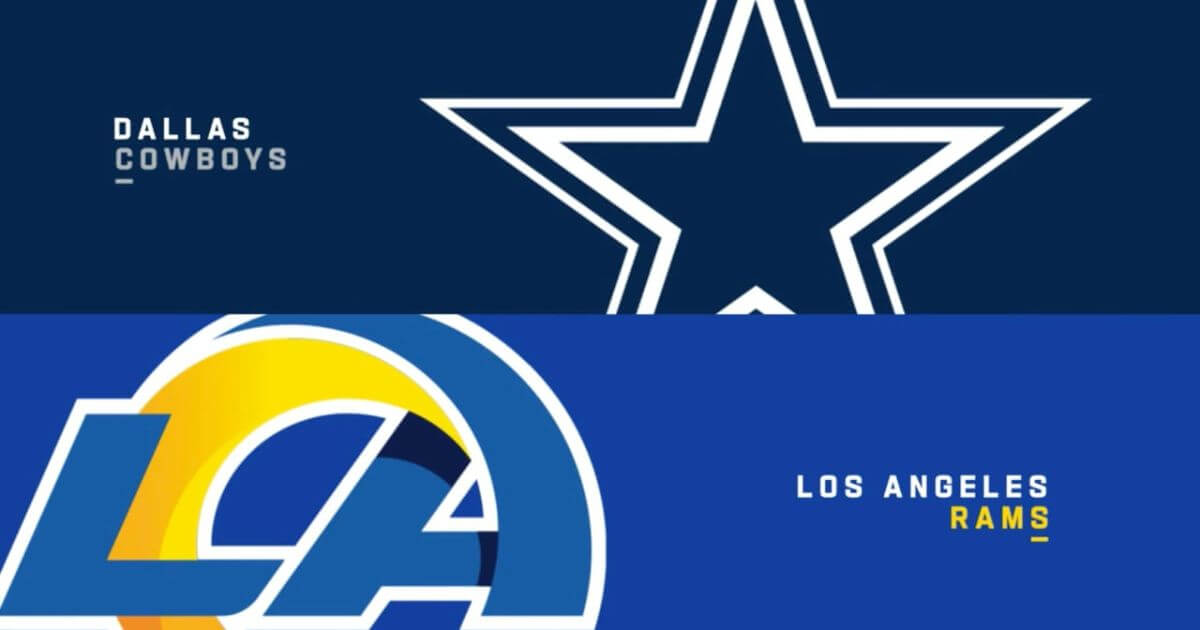 Here is our Cowboys at Rams Betting preview, including the latest odds for this Week 5 game.

Here are the Cowboys at Rams Betting odds, brought to you by YouWager.lv:

The Rams opened up as the favorites to win the game with a -4.5 spread, which has moved to -5.5 since then.

The reality is that oddsmakers are not giving Cooper Rush and the rest of the Dem Boyz the respect they deserve as they setting them up as +5.5 underdogs.

And this is likely because Dak Prescott will be absent from this game.

Here is our Cowboys at Rams Betting preview for this Week 5 NFC clash.

The Cowboys are taking on the road to play the Rams at SoFi Stadium in what promises to be a real NFC showdown.

Both of these franchises have enough talent to be considered Super Bowl contenders.

Dallas is a pretty solid team this season, having won 3 out of their 4 meetings this current season.

Los Angeles has won 2 and has lost 2.

These two franchises have faced each other 3 times since the 2019 season, with the Rams grabbing the win twice.

That being said, those games featured totally different quarterbacks.

When it comes to the last meeting between these two franchises, the Rams came up with a 20-17 victory back on September 13, 2020.

These two teams are pretty similar in terms of their offensive skills as Dallas is currently ranked 26th while LA currently ranks 28th.

In terms of defense, the Cowboys are way more solid as they rank 9th overall, compared to Los Angeles, which currently ranks 30th out of 32.

In passing, the teams are also pretty even, with the Cowboys ranking 23rd and the Rams 20th.

In rushing, Dallas is also the superior squad as they currently rank 19th, while Los Angeles ranks 30th.

Prescott’s injury has not been so bad for Dallas, and that is because Cooper Rush has been performing at a high level, and the team is 3-0 with him under center.

Rush is definitely turning into a game-changer, with him averaging 224.3 yards per contest, and also a 61.8% completion rate.

Now, Rush is turning into a Cinderella story, and that is outstanding for the morale of the team.

But the truth is that it is the defense that is actually in command here.

The face of this defensive line is DPOY’s favorite Micah Parsons.

This defense is so good, that they currently rank third overall in the league in points allowed per game with 15.5.

They now will be facing a team that finished their Week 4 game with 7 sacks.

So, the way to the victory for Dallas this time is Parsons and Dallas’ defensive unit.

The Rams started the season with the left foot as they fell to Super Bowl favorites the Bills.

Then they rebounded from that defeat and acquired back-to-back victories over the Falcons and Cardinals.

But things went south again when they fell to the 49ers in Week 4 (by double digits).

Let’s remember that Odell Beckham Jr. and Robert Wood are out of the team, and that is a factor that hasn’t allowed the team to function properly heading to the fifth week of action.

And, apart from Aaron Donald, Tyler Higbee, and Cooper Kupp, the rest of the team is not meeting expectations for a franchise that is coming from winning the Super Bowl.

Donald is definitely the key for the Rams to get the victory this time as the future HoF defensive tackle is always ready to minimize the run game of rival squads.

Last but not least, here are some very useful Cowboys at Rams Betting trends to help you make the best decision when getting action on this game.

Based on actual figures, it is clear that it is the Cowboys the ones that are playing the best football between these two teams.

What is great about Dallas is that they have an outstanding defense, and that means that they are not forced to score 30+ points to get the victory.

The Rams are the 2nd pass-heavy franchise in the NFL and passing accounts for 77% of their offensive yardage.

So, after checking the most relevant information heaving to this game, here is our pick for this game:

Thank you for checking out this Cowboys at Rams Betting preview, best of luck with your action on this particular game!