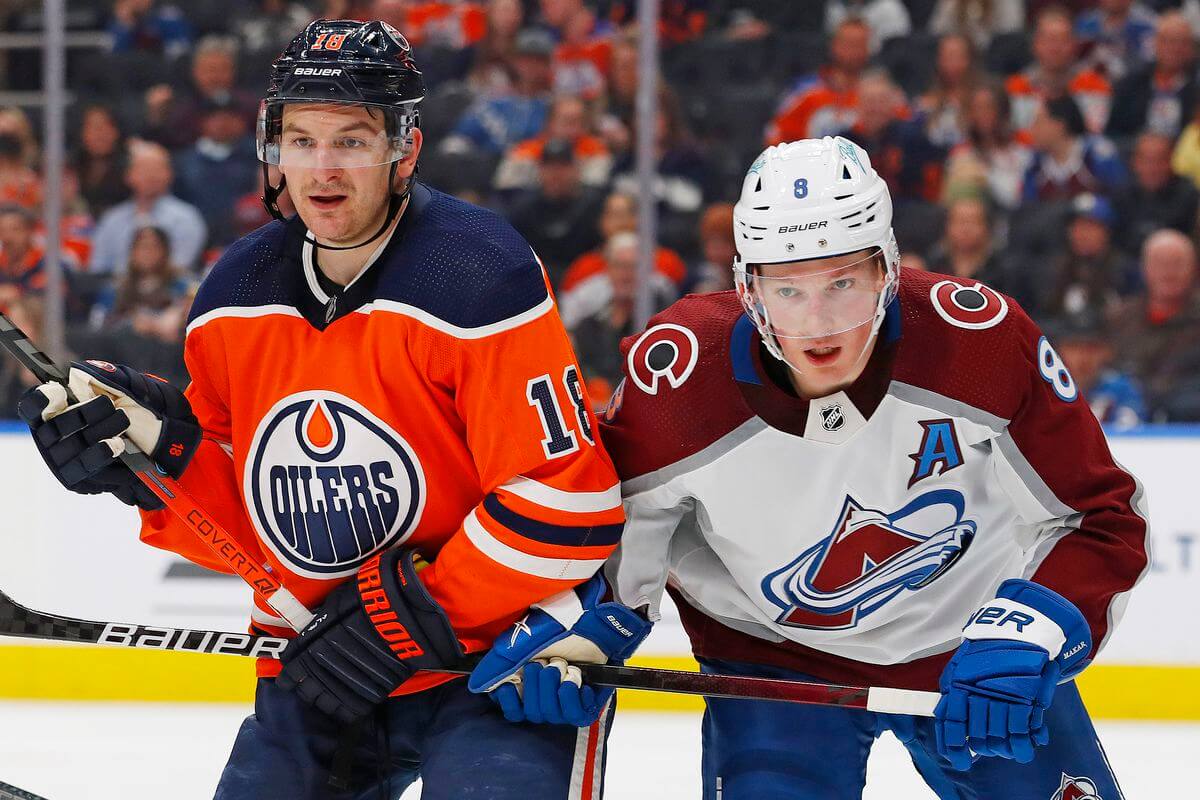 After winning the first game of their Stanley Cup Playoffs 2022 conference finals against the Oilers 8-6 at home, the Avalanche are again favorites to take the victory on game two of the series, taking place on Thursday, June 2, at Ball Arena.

This was a costly victory for Colorado as Avalanche goalie Darcy Kuemper was forced to leave the game during the second period after getting injured.

Despite that, the Avalanche continues to be the favorite team to raise the Stanley Cup this year.

J.T. Compher was crucial with 2 goals during game one, and Nathan MacKinnon continues to be Colorado’s top threat for rivals on the ice.

In fact, McKinnon is probably the player with the best chance of winning the Conn Smythe Trophy as the NHL Playoff MVP with +290 odds.

The second-best betting choice for postseason MVP is teammate Cale Makar with +320 odds.

If you wish to bet on this Stanley Cup Playoffs 2022 series, these are the Oilers at Avalanche Odds:

The Avalanche has been favored on the money line a total of 88 times this season, going 64-44 in those games.

According to the implied money line, Colorado has a 64.3% chance of getting the victory this time.

When it comes to the Oilers, they have been underdogs in 31 games this current season, and out of those, Edmonton has managed to come up with 12 upset victories.

The Oilers are also 1-7 when the oddsmakers have granted them odds of +151 or longer as underdogs on the money line.

The Oilers have allowed a total of 251 goals this current season, averaging 3.1 goals per game.

The Avalanche and its rivals have managed to outscore Thursday’s total of 7 goals 50 times this current NHL season.

The Oilers have played a total of 97 games this season, and 53 of those have finished with more than 7 goals.

These two squads combined for 7.2 goals per game this season, which is higher than the current total for this clash.

We hope you’ve enjoyed reading this piece on the Stanley Cup Playoffs 2022 clash between Avalanche and Oilers, we encourage you to continue reading more of our sports content.