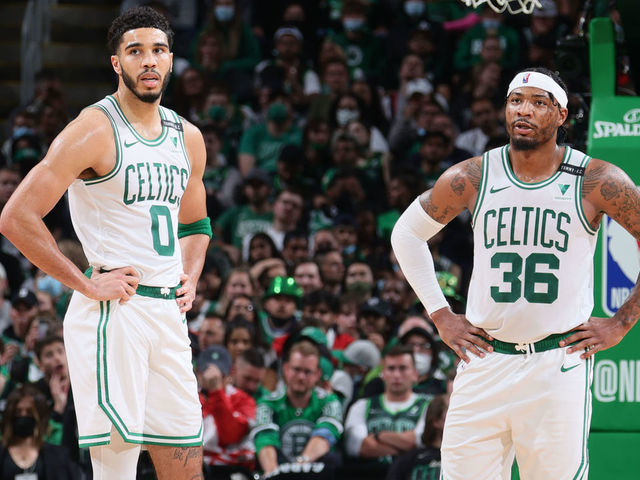 Although Boston is the underdog of the series, here are the four reasons why 2022 NBA Finals Celtics Betting is not a bad idea.

1- 2022 NBA Finals Celtics Betting: Boston Have Been the League’s Best for 6 Months

The Celtics have been the most proficient team in the NBA in terms of offensive since January 27, going 27-12 since then.

With that said, the Warriors have been the best team in 4 of their 5 NBA Finals appearances.

The only exception to this rule was back in 2019 when the team was left without Klay Thompson and Kevin Durant versus the Raptors.

So, if there is a franchise that can actually beat Golden State is definitely one that is actually better.

At this point, it is difficult to say which of these squads is the best of the two, but when you realize that the comparison is to be made, then to place a bet on the Celtics doesn’t sound unreasonable at all.

When the Cavaliers defeated the Warriors back in 2016, their primary strategy was a switching game.

The same thing can be said of the 2018 Rockets, who pushed Golden State to the brink.

Now, if you ask the Mavericks, a switch game alone won’t beat the Warriors. But it’s definitely the first step to slow down their offense.

The Boston switch is the second-most of any franchise in the postseason on-ball.

Off-ball, the Celtics are the team that switches the most of any team in the playoffs.

This with the exception of the Nuggets, who played very close to the Warriors in the last 3 games of their series, despite not counting their second and third best performers.

When it comes to the regular season, Boston was the team that switched off-ball the most.

And this is quite relevant as this is exactly how the Celtics can keep the Warriors from creating gaps and creases in their defense.

That’s really the only way to go if Boston wants to be successful, and thankfully for them, this is the Celtics’ default coverage.

Yes, Steph Curry, Klay Thompson, and Draymond Green are here. Plus Steve Kerr is still their coach, and also, the uniforms are basically the same.

But apart from that, these are really not the Splash Brothers Warriors.

And this is not really a thing about age, it’s also about injuries, and missing key pieces.

Let’s start with Klay Thompson. He suffered an ACL tear and later an Achilles tear. And needless to say, he really hasn’t been the same since then.

Then, we have Andre Iguodala, who is likely not to play these NBA Finals.

Oh, of course, and let’s not forget about that guy Kevin Durant, well, he’s gone, too.

So, for those that think these are the Warriors that won a bunch of titles, they are simply a different, less dominant team now.

Last but not least, Curry is simply not Curry this season. Yes, he has had some highlights, including earning All-Star MVP honors.

But the reality is that Steph is in his worst-shooting full season.

And, with a team that is requesting a thorough offseason evaluation, to bet against the Warriors this time, doesn’t seem crazy at all.

To sum it up, this is definitely a beatable team.

4- The Celtics Have Enough Firepower

Jayson Tatum is the top weapon for Boston. He has played at an elite level during the full season, particularly in the postseason.

We can add to that the 15 points per game both Marcus Smart and Jaylen Brown have been scoring.

And let’s not forget about a rejuvenated Al Horford!

All in all, the Celtics definitely have the necessary attacking power to put up solid performances game after game.

We hope you enjoyed our article on 2022 NBA Finals Celtics Betting, feel free to check out more sports content here.