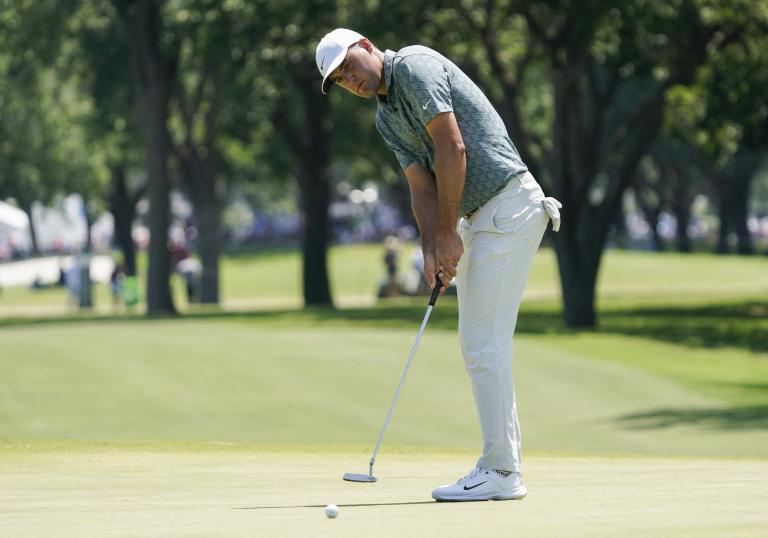 The 27 Charles Schwab Challenge at the Colonial Country Club teed off this week with two of the top-three ranked golfers on the course.

The course, which features tree-lined fairways, tests the ball-striking skills of everyone who takes it on.

It presents a different challenge than the courses we have seen over the last couple of weeks. Missing are the drastic elevation changes. In their place, subtle mounds and turns require shot shaping to navigate.

The odds are live in the sportsbook for the Charles Schwab Challenge heading into the weekend.

Scottie Scheffler and Collin Morikawa ranked first and third respectively, are among the players with the five shortest odds to win this week. Scheffler +1100 leads the field, followed closely by Justin Thomas at +1200. Morikawa has the fourth-shortest odds at +1600, behind Jordan Spieth at +1400.

Thomas is coming off a playoff win over Will Zalatoris at the PGA Championship last week.

He has finished in the top-10 eight times this season, including third at Valspar and Mayakoba. In 2020, he finished 10th at Colonial with a -11 tournament. It was his first of two cuts made on the course.

It is unlikely Thomas strings together back-to-back wins, but if choosing between him, Scheffler and Morikawa, the edge would go to Thomas this week.

As mentioned above, Spieth finds himself among the favorites to win. He is the all-time earner at this course with a win here in 2016, seven top-10s and no cuts missed. Since missing the cut at the Masters, he finished first at the RBC Heritage and second at Byron Nelson.

Last week was not a great one after a tough go on Saturday. But we expect Spieth to bounce back and have a good weekend. He is among the best ball-strikers in this field. With a good finish, he can find himself getting a win in his home state.

Thank you for reading our Charles Schwab Challenge piece, we invite you to continue watching our sports content.