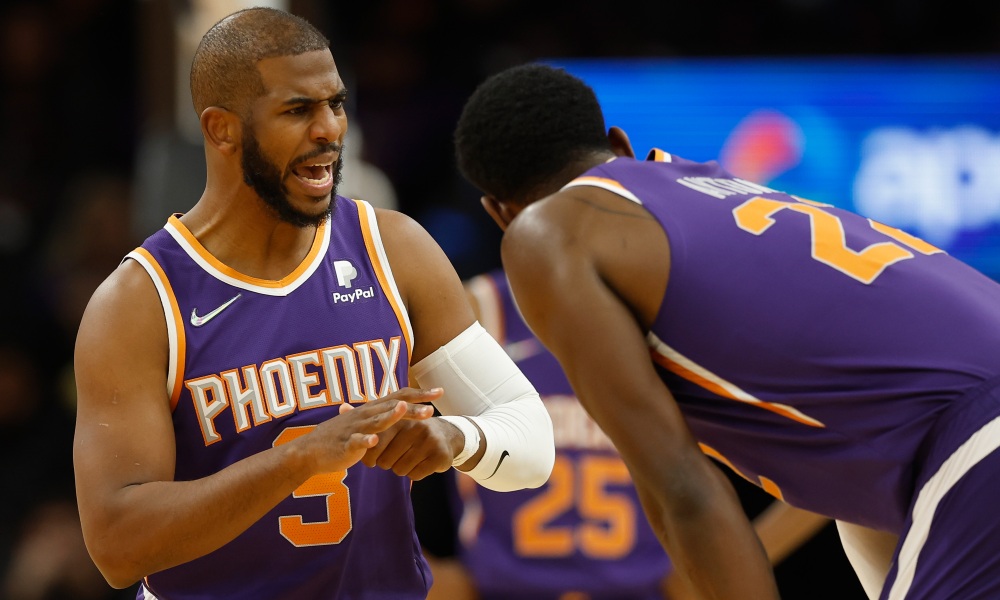 The NBA season has resumed after the All-Star break and the Phoenix Suns hold the best record in the league. But an injury to star point guard Chris Paul could shake up the top of the Western Conference.

Should Suns bettors holding Finals Futures be worried? Is it time to cash out? Not so fast.

Paul was injured in the Suns’ last game before the All-Star break against Houston, a 124-121 win. The surefire Hall-of-Famer left the game in the third quarter and was discovered to have a fracture in his right thumb. He is expected to miss 6-8 weeks. If the injury keeps him out 8 weeks, that would set him up to return right when the Playoffs begin.

What CP3 Brings to the floor

Paul leads the Suns in +/- this season, good for more than 7 points ahead when on the floor. He is averaging a league-leading 10.7 assists per game and leads the team in steals and win shares.

Undoubtedly Paul changed a lot of dynamics for Phoenix when he joined the team. The Suns proved to be a team on the rise a couple seasons ago in the Orlando bubble, but he immediately elevated them into contender status.

Phoenix was 2-0 in the regular season without Paul last year. They averaged more than 121 points per game and shot 51-percent.

Along the way, Paul has carved a path for several other players to grow. Now it is time for them to fill the void while he heals for the postseason.

Devin Booker is the most obvious answer to this question. He has carried this team on his back before. In the Finals, he went off for a 40-point game against Milwaukee with Paul also on the floor.

Booker is Phoenix’s most important scorer, but Cameron Payne will take on a lot of Paul’s minutes. Payne emerged as a change-of-pace backup who keeps the pressure on defenses. He is averaging more than 10 points and 3 assists per game in limited minutes. Shooting more than 40-percent he does not hesitate to pull the trigger. He is expected to return from a wrist injury any time now. He has been out since Jan. 20.

While Payne steps into a larger role, newly-acquired guard Aaron Holiday is arriving just in time to add depth. Holiday did not get any playing time before the All-Star break. That will certainly change now that coach Monty Williams is looking at a far different roster situation.

Paul’s injury is a big one for sure. But Phoenix is 48-10 and holding a 6.5 game lead over Golden State. Its remaining strength of schedule is among the easiest in the league with 24 games left. Phoenix is still +425 to win the NBA Finals, the shortest odds in the league. Don’t count out the Suns quite yet.