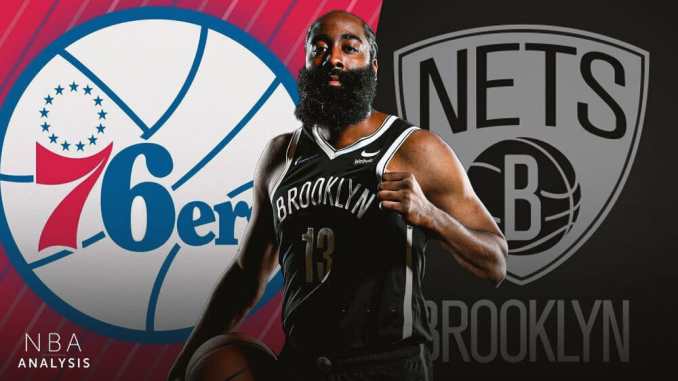 The NBA trade deadline has come and gone and despite a slow start a couple teams improved their title hopes greatly with moves.

Here are the teams that changed their outlook with trade deadline moves this week, including insights on whose futures will change the most on YouWager.

The biggest trade in the league went down just a couple hours before the deadline Thursday, with the Brooklyn Nets sending James Harden to the Philadelphia 76ers in exchange for Ben Simmons. The good news for both squads is this was a win-win deal.

The Sixers gave up a little more in this deal, shipping Seth Curry and Andre Drummond to Brooklyn along with two first-round picks. But they receive a shooter and elite scoring option in Harden, as well as Paul Millsap who has some versatility. The Sixers are currently +1600 to win the NBA Finals and +625 to come out of the East. Look for those odds to shorten greatly.

The Nets have been slumping hard and it was clear a change was needed with Harden voicing displeasure with the situation. Curry gives them another shooter to help fill the gap left by injured Joe Harris. More importantly, Simmons is immediately the best defender on the team with the ability to switch among all five positions. Anything he gives the team offensively is a bonus as it has plenty of weapons. The draft picks also help recoup some of the draft capital lost when they traded for Harden.

Brooklyn is +400 to win the title and +210 to come out of the Eastern Conference. It should be noted Kyrie Irving is still unavailable for home games and Simmons has not played since a poor performance against the Hawks in the playoffs last season.

The combination of Kyrie Irving, James Harden and Kevin Durant only played 16 total games together.

The team with the best record in the league, the Phoenix Suns, made low key moves to bolster their rosters on Thursday.

The Suns gave up a talented young player in Jalen Smith to bring Torrey Craig to Phoenix from Indiana. Craig was a reserve for the playoff push last season and increases the team’s depth at the wing. Phoenix has the third best odds to win the Finals at +475 and is +210 to win the West.

The best move the Suns made was not making a blockbuster deal. This team is built to win now and maintains its draft coffers.

Another under the radar deal was Charlotte sending young big man Vernon Carey Jr. and guard Ish Smith to Washington in exchange for Montrezl Harrell. The Hornets have struggled of late and have been in dire need of an interior defender. This team should improve significantly on the defensive end of the floor and Harrell also adds to the pick and roll game on offense. The Wizards get a streaky scorer in Smith and a young player to develop in Carey.

Two of the most high-profile teams in the NBA highlight the biggest losers of the trade deadline: the Los Angeles Lakers and New York Knicks.

The Lakers handcuffed themselves in the offseason and coach Frank Vogel did not help improve Russell Westbrook’s draft stock by sitting him late in games recently. There was reportedly a deal available which would see Westbrook flipped to Houston for John Wall, but the Lakers did not pull the trigger. L.A. is 26-30 and in ninth place in the Western Conference.

The Knicks on the other hand had plenty of options to make a deal. They were reportedly looking to move Evan Fournier, Kemba Walker, newly acquired Cam Reddish and potentially Alec Burks. Burks greatly boosted his stock this season with his play and several teams were interested, but no deals were completed.