Phoenix Suns: Better than last year and ready to win it all

Home Sports Phoenix Suns: Better than last year and ready to win it all 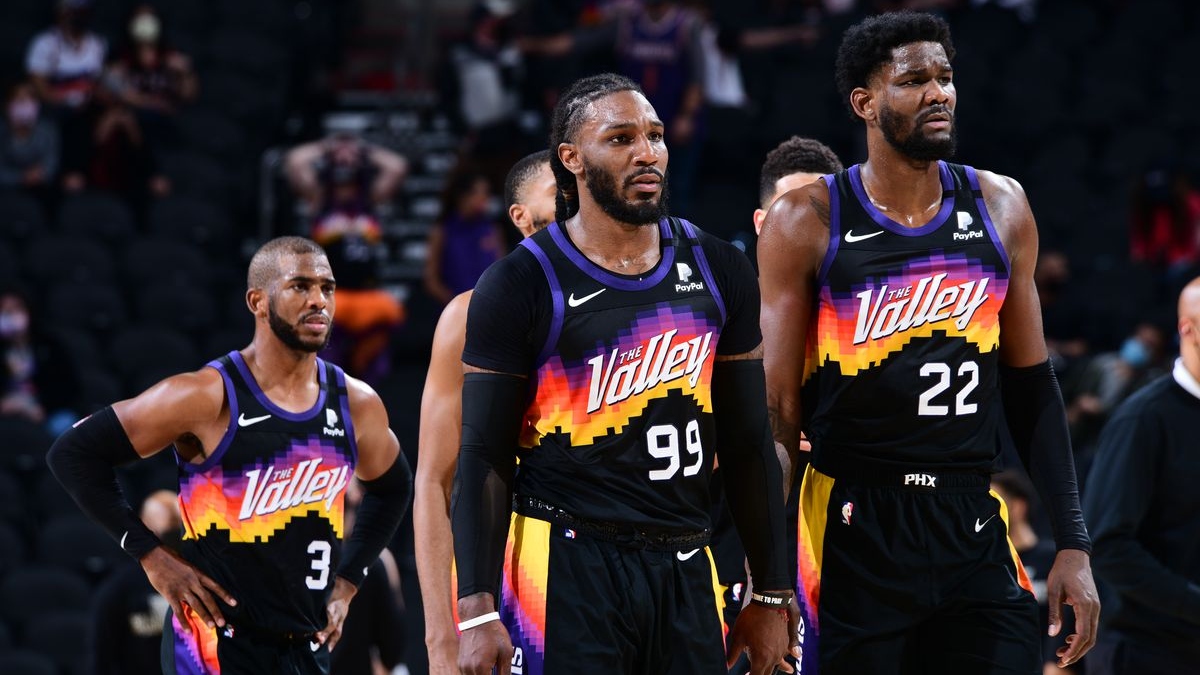 There is no Finals loss hangover in Phoenix.

The Suns are looking even better than they did as they stormed through the Western Conference Playoffs last season, amassing the NBA’s best record with All-Star weekend right around the corner.

Is it possible the Suns are actually better than they were when they went up 2-0 on Giannis Antetokounmpo and the Bucks? That might be selling it short. The real question is how much better this team is.

The Suns have the third-best odds to win the NBA Finals on YouWager at +625. The Brooklyn Nets have the shortest odds at +290, followed by Golden State at +450. The defending champion Bucks trail behind Phoenix at +700.

Phoenix is also +300 to win the Western Conference and the favorite to win the Pacific Division at -325.

How the Suns improved

Phoenix was a dynamo in the playoffs last season, clearly outgunning strong conference opponents in Denver and Los Angeles (both the Clippers and Lakers). Its combination of midrange perfection and efficient interior play from Deandre Ayton was unmatched until the Finals.

Against Milwaukee and its size up front with Antetokounmpo, Brook Lopez and Bobby Portis, the Suns’ one weakness was exposed. They were thin in the frontcourt. Ayton did an excellent job of keeping himself out of foul trouble for most of the series. But when he was forced to the bench for a breather, the Suns either had to play small or put Frank Kaminsky in at center, an unnatural position for the stretch forward.

In the offseason the Suns addressed this issue by bringing in journeyman and NBA Champion Javale McGee. The former Laker and Warrior has bolstered the lineup and allowed the Suns to maintain their integrity defensively when Ayton is off the floor.

Phoenix is second in the league in defensive rating, allowing about 105 points per 100 possessions. Golden State is slightly better, largely because of its exceptional perimeter defense. The Suns are actually more versatile though, with a mix of big defenders and one of the best wing defenders in the game in Mikal Bridges.

Phoenix has since added Bismack Biyombo to the mix for even more bodies in the paint. It is likely Biyombo will remain on the roster to shed some minutes off Ayton’s load. When the playoffs come around, don’t be surprised to see the roster shorten and Biyombo to be phased out.

What stands in Phoenix’s way

The NBA world is expecting the Warriors to be the biggest threat to the Suns in the West and possibly return to championship form. Klay Thompson is back, playing under a minutes restriction and it is only a matter of time before the Splash Brothers are at full speed. Meanwhile the Dubs have developed young flamethrowers in Jordan Poole and Gary Payton Jr. who can go off on any given night.

This is a good matchup for the Suns and one that could go either way. In three meetings, the Suns are 1-2 against the Warriors. There is a lot of basketball left and Phoenix’s winning formula is perfect for winning in the playoffs. They have a 3.5-game lead for the top seed in the Western Conference which could prove crucial in deciding who makes it to the Finals.