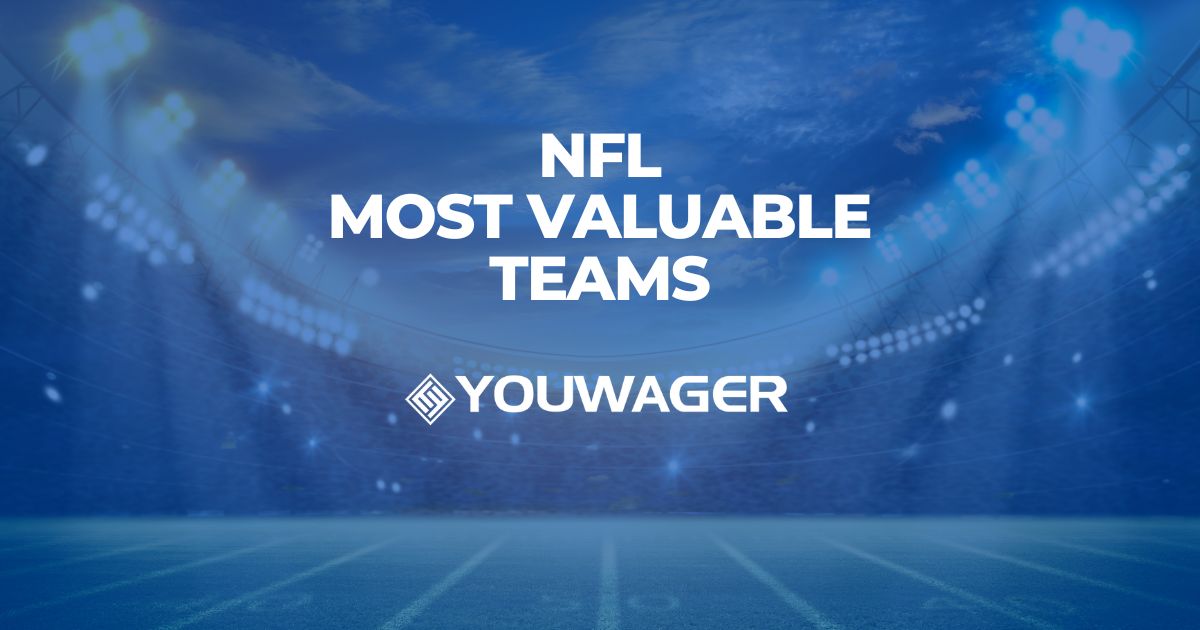 Thank you for checking out our list of the NFL Most Valuable Teams 2022!

In addition to the record dollar figure, the sale of the Denver Broncos for $4.65 billion changed the game for the NFL in terms of the enterprise-value-to-revenue ratio, a crucial financial indicator. With an 8.8 rating, it signified a considerable improvement over the previous two NFL team sales.

Rob Walton, a 77-year-old Walmart magnate with a personal fortune estimated by Forbes at $58.7 billion, along with his daughter Carrie and her husband Greg Penner, purchased the Broncos.

The acquisition, which was a 24% premium to the value Forbes estimated the franchise to be worth a year prior, raises average team valuations in the league this year by 28% to $4.47 billion, signaling the end of the NFL’s era of bargain-basement multiples.

Investors have realized that the league’s revenue growth over the last five years (31%), salary cap (48% of sales), and enticing profitability (average operating income of $146 million in 2021) deserve more respect.

Only NBA franchises have had repeated ownership changes during the past few years among the four main North American sports leagues.

The increasing tide of multiples does not imply that all boats are raised equally, even though the 32 NFL teams split the roughly 70% of football-related revenue equally. Typically, teams with the greatest ability to boost luxury suite, sponsorship, hospitality, and non-NFL event revenue will be worth more.

A good example is the $8 billion Dallas Cowboys, who have led their league for fourteen years in a row and are the most valued team in all of sports.

A number of lucrative sponsorships, including a ten-year, $200 million deal with Molson Coors, have helped the Cowboys become the first team to earn over $1 billion in revenue.

The Cowboys generated nearly $220 million in sponsorship and stadium advertising revenue in 2021, more than any other team.

The worth of four teams—the Chicago Bears, Buffalo Bills, Las Vegas Raiders, and Cleveland Browns—rose by more than 40%.

A wealthy buyer trying to break into the league may be drawn to the Bears because they are the only NFL team in the third-largest market in the nation. Additionally, the Bears are looking toward either renovating Soldier Field or building a new stadium in the suburb of Arlington Heights. Both possibilities would result in significant financial gains for the group.

Although the Bills are in the second-smallest market in the NFL, a new $1.4 billion stadium will be built thanks to government funding.

Check out this easy sports betting guide to bet on the NFL Most Valuable Teams 2022.

The NFL’s wealthiest team is the Dallas Cowboys. The Dallas-Fort Worth metroplex in Texas is home to this professional American football franchise. They were founded in 1960, and same year they also had their inaugural season. The National Football League’s (NFL) National Football Conference (NFC) East division includes the cowboys as a member team (NFL).

Since they took the field for their inaugural season, the Dallas Cowboys have won five Super Bowl titles, 10 Conference championships, and 23 Division titles. Jerry Jones is the club’s owner, and Mike McCarthy is its head coach. The Dallas Cowboys became the first sports organization ever to be valued at $4 billion, and they have since surpassed that mark. They became the richest NFL club ever as well as the most valued sports team in the entire globe!

The second wealthiest NFL franchise is the New England Patriots. They were founded in 1959, and the next year they began to play. All of the Patriots’ home games are held at Gillette Stadium in Foxborough, Massachusetts, where the team is based. The Patriots are owned by Robert Kraft, and their head coach is Bill Belichick. The New England Patriots are one of the most successful teams in the NFL thanks to their six Super Bowl victories, eleven Conference titles, and twenty-two Division titles over the years.

The fourth wealthiest NFL franchise in the league is the New York Giants. The team was founded in 1925, and the same year they also started their first season of competition. The “G-Men,” as they are also known, are coached by Brian Daboll, and owned by John Mara & Steve Tisch. Eight league championships, including four NFL and four Super Bowl titles, four Conference titles, and sixteen Division titles have all been won by them. They have had 29 Hall of Fame players during the course of their existence, including Mel Hein, Frank Gifford, and Lawrence Taylor. The current home field of the New York Giants is MetLife Stadium in New Jersey.

Chicago, Illinois is home to the Chicago Bears, a professional American football team. They were founded in 1920, the same year they also began playing. Virginia Halas McCaskey is the club’s owner, Ryan Pace is its manager, and Matt Nagy is its head coach right now. The franchise has a distinguished history, having captured nine league titles between 1921 and 1985, including eight NFL titles and one Super Bowl victory. Additionally, they have made a total of 26 appearances in the playoffs and won 19 division championships. Halas Hall Lake Forest, Illinois serves as home to the Chicago Bears’ corporate offices.

The Washington Commanders ranks sixth on our list of the wealthiest NFL franchises. Washington was founded in 1932, participated in their inaugural season that same year, and has since participated in almost 1,000 games. Ron Rivera is the team’s coach, and Daniel Snyder is the club’s owner. The group has won five league crowns, including two NFL crowns and three Super Bowl crowns. They’ve also finished second in the league six times, narrowly falling short in the 1936, 1940, 1943, and 1945 championship games as well as Super Bowls VII and XVII. The Washington Commanders has amassed a market value of about $4.2 billion since its founding in 1932.

An American football club called the New York Jets began play in the NFL in 1960. The franchise was founded in 1959, and its home games are played at MetLife Stadium in New Jersey. The Jets are owned by Woody and Christopher Johnson, and Joe Douglas and Adam Gase are in charge of operations. The Jets won numerous trophies between 1968 and 2002, including the Super Bowl, the AFL title, four division titles in 1968, 1969, 1998, and 2002.

Based in the San Francisco Bay Area, the San Francisco 49ers were founded in 1944. They are a part of the National Football Conference (NFC) West division of the National Football League (NFL). Denise DeBartolo York is the club’s owner, John Lynch is in charge of operations, and Kyle Shanahan is the head coach. The 49ers are among the most successful teams in NFL history thanks to their five Super Bowl victories, seven Conference titles, and 20 Division titles.

The ninth NFL franchise is the Las Vegas Raiders. They were founded in 1960 and debuted in the National Football League (NFL) as the Oakland Raiders, representing Oakland, California. The organization’s current name is Las Vegas Raiders, and its main office is in Alameda, California. Over the years, the Raiders have participated in numerous playoffs and have won two Super Bowl titles, three conference championships, and twelve division titles. The Oakland Raiders are frequently referred to as “The World’s Team,” “The Men in Black,” and “Team of the Decades.”

The Philadelphia Eagles are a professional American football team that was founded in 1933 and played in its inaugural season the following year. Their corporate headquarters are in Philadelphia, Pennsylvania’s NovaCare Complex, and they host their home games at Lincoln Financial Field. Jeffrey Lurie is the club’s owner, Howie Roseman is in charge of operations, and Doug Pederson is the head coach. The Eagles have won four league championships over the years, including three NFL championships in 1948, 1949, and 1960 and one Super Bowl victory in 2017. The Philadelphia Eagles are the seventh wealthiest NFL team with an estimated value of $3.8 billion.