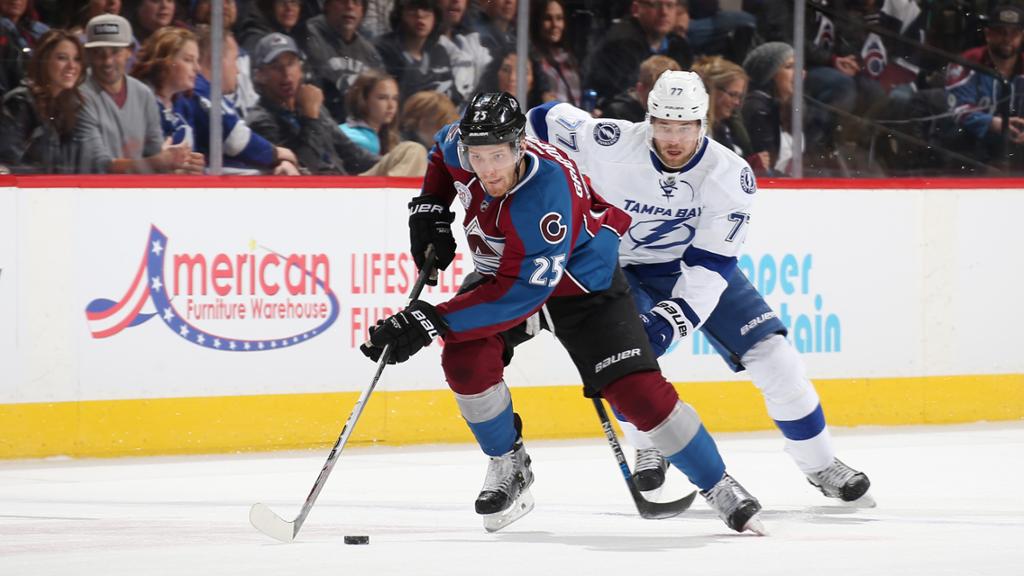 Lightning at Avalanche Betting Odds and teams preview for game 5 of the 2022 NHL Finals.

The Avalanche are opening as -1.5 favorites to raise the Stanley Cup at Ball Arena in game 5 of the NHL Finals.

Colorado managed to defeat the reigning NHL champions the Lightning 3-2 in OT in game 4, and now they are one game closer to getting the trophy for the first time since 2001.

These are the Lightning at Avalanche Betting Odds for game 5 of the 2022 NHL Finals, brought to you by YouWager.lv:

Lightning at Avalanche Betting: The Teams

For the best Lightning at Avalanche Betting picks, it is always a good idea to know a bit more about the teams.

Colorado is 15-3 in the postseason. They have managed to be the most dominant force in professional hockey this year.

The Avalanche has won 8 of their last 9, and they have momentum after winning game four on the road.

Colorado has won two Stanley Cups, with the last one of those coming in 2001.

Now we fast forward to 2022, and the team has the chance to earn their third title victory in their team history.

And they are definitely a team that deserves to be where they are right now as they’ve been quite impressive throughout the year.

In fact, you can say without a doubt that they are the team that has been playing the best hockey in the NHL this current season.

And they’ve been particularly good at home, going 7-2-1 in the previous 10 at Ball Arena.

Oddsmakers believe the Avalanche is the team with the best chances of winning the title on Friday.

And their decision has been heavily influenced by the return of Nazem Kadri, who made his return after missing a few postseason games.

And you can tell his presence just makes Colorado a better team, proof of that is that Kadri scored the winning goal in game 4.

Lightning Ready for First Win in Colorado in 2022

The two teams always do great when they play at home. That is precisely the reason why Tampa was expected to get the victory on Wednesday, with the game taking place at Amalie Arena.

But things didn’t go that way, and they lost 3-2 in OT, despite leading the game since the second period.

They weren’t able to win at home, and now they have their backs against the wall.

They have to defeat the Avalanche on their own turf.

And that hasn’t been an easy task as the last time Tampa Bay earned a victory there was back in February 2020, when they manage to win 4-3 in OT.

And what is really worrisome for this Lightning squad is that the last time they were there it ended in a total fiasco.

They fell to the Avalanche 7-0, and that meant their worst loss of the year.

Having said that, this is a team that managed to recover from a 3-2 deficit in the playoffs, and resilience is probably the most significant trait of a team that has already achieved 2 Stanley Cup finals victories.

Let’s also not forget the fact that if the Lightning manages to win these finals, they will be crowned champions for the third consecutive season.

This will allow them to add their name to an exclusive, limited group of just 3 teams that have managed to win 3 titles in a row.

So, are you choosing the Avalanche to get a victory home and get the title on Friday?

Or do you believe the resilience of the reigning NHL champs is enough to allow them to win game 5, plus 2 more games, and make history?

We wish you the best of luck with your Lightning at Avalanche Betting, and we encourage you to continue to read more of our sports content.