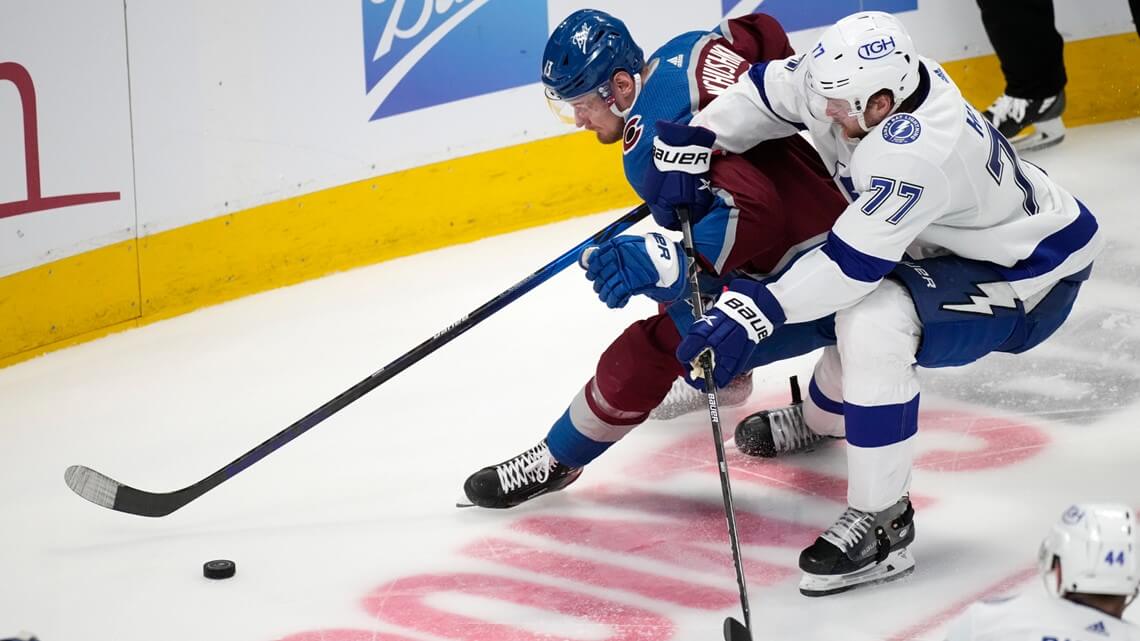 The 2022 NHL Stanley Cup Finals are set with the Lighting getting the second ticket to face the Avalanche after winning their series against the New York Rangers.

The big question is:

Can the Lightning continue to reign supreme in the NHL? Or will the early favorites Avalanche be able to raise the Stanley Cup for the first time since 2001 while ruining the dreams of Tampa of winning 3 titles in a row?
Let’s start by checking the betting odds for this game…

Here are the odds for game 1 of the 2022 NHL Stanley Cup Finals brought to you by YouWager:

Now let’s take a look at the two teams that will be playing in the 2022 NHL Stanley Cup Finals:

The Avalanche has been the top favorite to raise the Stanley Cup trophy since the current season started.

And now they are here, just four victories away from realizing that dream for Colorado fans.

Things have been easy for the Avalanche during the postseason:

They managed to sweep the Predators, and then defeated the Blues in six games to finally get that pass to the second round, an achievement that has evaded them for 5 straight seasons.

In their next series, they required just four games to dispatch the Oilers.

After that series sweep, they were granted a ticket to play for the title for the first time since 2001.

At only 23, Cale Makar is definitely the shining star of this team.

He leads Colorado in points with 22 in 14 postseason games.

Nathan MacKinnon is the goals leader for the Avalanche with 11, and he follows Makar closely with 18 points.

Teammates Mikko Rantanen and Gabriel Landeskog both have 17 points.

Differently from Colorado, the Lightning is a team that won the title in 2020, and 2021, and is looking to emulate the 80’s Islanders in their quest for a three-peat by winning the title this year.

Tampa Bay didn’t have an easy during the first round.

They went full battle mode with the Maple Leafs, extending the series to seven games.

But then they managed to sweep the top team in the East, the Panthers to grab their ticket to the conference finals.

Then it was their time to face New York…

And things got tough right away as they lost two straight games to the Rangers.

But somehow, the Lightning was able to fully recover and won four straight; eliminating NY, and getting the chance to raise the Stanley Cup for 3 straight seasons.

The top player for Tampa is Nikita Kucherov, who leads the team with 23 points, setting him in the top five for the playoffs.

But of course, the backbone of the team is definitely goaltender Andrei Vasilevskiy. The goalie is entering the NHL Stanley Cup Finals with a 2.35 goals-against average.

We hope that after reading this piece on the 2022 NHL Stanley Cup Finals you’re ready to make the wisest decisions when betting the game, now we invite you to check out more of our recent sports content.