CFB New Year’s Six: Two picks you have to make 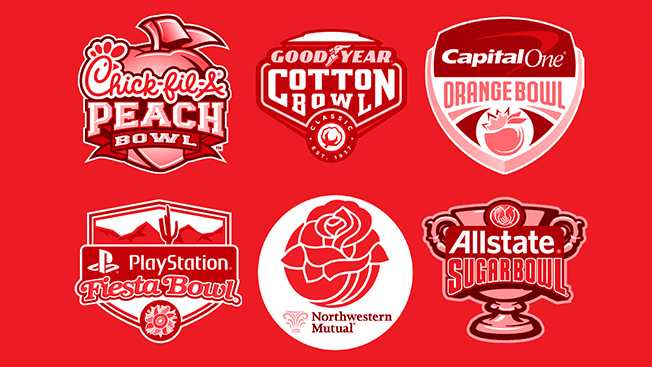 The highlight of College Football’s Bowl season is upon us with the New Year’s Six just hours away.

There is no shortage of intriguing matchups to keep you busy on Saturday, but we have two picks you have to make to get 2022 started off on the right foot. We found these juicy lines on YouWager in the final hours before kickoff.

Penn State came up a little short of expectations in the Big Ten while Arkansas surprised some in the SEC. The two square up at noon ET in Tampa for the Outback Bowl.

Arkansas is a slight favorite in this game, giving up -2.5 points. When the Razorbacks control the game, they can get up and down the field. They average about 31 points per game while giving up about 24. Eight of their 12 games went over 48 points this season, plus one push.

Penn State will try to slow this game down just a bit and is built to do so. The Nittany Lions scored about 26 points per game while giving up a hair under 17. When the game dictates it, they can put up some points though. They combined for 48 points on the nose against their only SEC opponent this season, Auburn. They are coming off a high-scoring affair against Michigan State in their last outing, losing 30-27.

Baylor comes into Bowl season ranked sixth in the AP poll, but is a +1 point underdog against Ole Miss in the Sugar Bowl.

The Sugar Bowl will kick off from New Orleans at 8:45 p.m. ET New Year’s Day. The line we’re playing on this game is the Baylor +100 moneyline.

The Bears and Rebels both had great seasons, each losing just 2 games. Baylor capped the regular season off by winning the Big 12 Championship, holding off Oklahoma State 21-16. Ole Miss won its last 4 games, including a 31-21 win over rival Mississippi State.

The Rebels are getting another game from QB Matt Corral, a junior which pro scouts are considering a possible first round pick in the Draft. He had 20 touchdowns to 4 interceptions while throwing for 3,333 yards.

Baylor had questions at quarterback after Gerry Bohanon suffered a hamstring injury back in November. Coach Dave Aranda said he’s a full go, giving the Bears their dual threat under center.

The chess match will be between Baylor’s exceptional defense and the power Rebel offense that averages about 35 points per game. The Bears allow the 13th fewest points per game in the nation, while fielding an offense that plays complementary football and controls possession of the ball. That’s why we’re backing Baylor to do enough to slow Ole Miss down and come out with the win outright.